By LRU Writer | On: January 03, 2019
New Day Clevland co-host Natalie Herbick couldn't hold her tears back while discussing her mother's ovarian cancer... Natalie, at age 35, is still a mama's girl through and through; so much so that she even considers her mother her... But has it, in any way, affected her relationship status? Is she single or dating a co-worker?... Born on 31st December 1985 in Pittsburgh, Natalie bio reveals that she worked at... 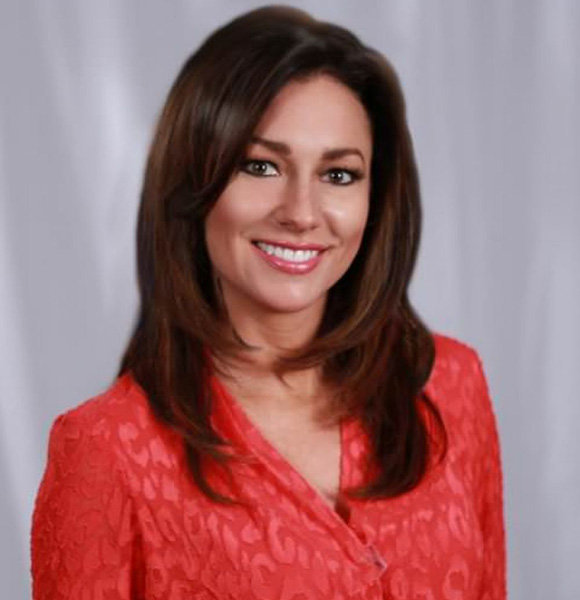 The Pittsburgh native previously cited her mother as her hero, inspiration & above all, the most energetic person that she knew. Thus, seeing her role model go through chemotherapy and everything that entails seems to have taken its toll on her.

But has it, in any way, affected her relationship status? Delve into Natalie's biography to find out her age, her dating status and so on!

On Mother's Ovarian Cancer: "her cancer was caught in the later stages... "

Natalie, at age 35, is still a mama's girl; she considers her mother her "best friend." The former WTOV9 reporter made the claim when she penned a heartwarming caption - essentially a tribute - on her mother's birthday.

Little did Natalie knew that she would have to write another tribute, little more than three months after penning the first. But this time around, her Instagram post lacked the air of positivity, which the earlier post embraced.

Cancer Story You Might Enjoy:- Vanderpump Rules' Ariana Madix, 33 Shares How Her Cancer Got Removed

Posted on the occasion of the National Wear Teal Day, the Instagrammed picture featured Natalie and her colleagues dressed in teal-colored clothes, in support of Ovarian Cancer Awareness. In the caption, she revealed:-

"1 in every 79 women are diagnosed with OC, and my mom was that one. Like most women, her cancer was caught in the later stages because there is currently NO reliable screening for this cancer, so awareness and knowing the subtle signs are KEY!" The 35-year-old journo thanked the FOX 8 family for helping "to shine a light on the cause," which had piqued her interest since her mother's cancer diagnosis.

Less than a month later, grieve-stricken Natalie appeared before the FOX 8 viewership alongside Dr. Robert Debernardo, a gynecologist/oncologist at the Cleveland Clinic to raise awareness about the symptoms of ovarian cancer. Towards the end of the interview, as she discusses her mother's present state, she broke down in tears.

The oldest of three siblings and the University of Pittsburgh Alum embodies the phrase "loving daughter." But, has her dedication to daughterly duties dampen anywhere the relationship with her - assuming she has one - husband?

Only fools fall for Natalie's social media presence, where she portrays herself as a single woman because she is far from being one. Although married, the FOX 8 personality rarely shows off her husband on Instagram or Twitter. And as a result, her name continues to get linked with her colleagues; her co-host, Gabe Spiegel, to be more specific.

Born on 31st December 1985 in Pittsburgh, Natalie's bio reveals that she worked at WTOV9 as a reporter, producer as well as an anchor for five years before joining the FOX 8 in March 2013.

Initially getting the taste of the business via an internship as a University senior at KDA-TV in Pittsburgh, she also reported for Steelers Saturday Night, a sports show at the same.