By LRU Writer | On: January 21, 2021
Nia Riley, 28, With New Boyfriend? Past Dating Affair Left No Stings So, has Nia Riley the famed reality television star, also moved on in her love life after her past dating affair failed to make it to the happy ending? Well, let's read through to find out! 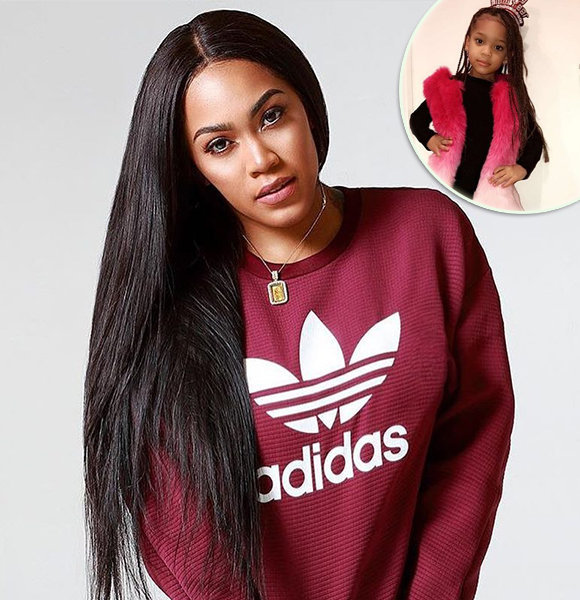 Holding on to the grudges that one's past left isn't a wise thing to do. Be it, love, relationships or life, moving on is a must!

Mostly in the regards of a love relationship, people are able to move on giving love a second chance. It's understandable that the past relationship will have some effect on people considering the amount of emotional investment involved in the association. But, when love knocks the door yet again, people tend to embrace this emotion.

So, has Nia Riley the famed reality television star, also moved on in her love life after her past dating affair failed to make it to the happy ending? Well, let's read through to find out!

Celeb's love life is usually the one that makes massive headlines. Nia Riley, the famous model, and a reality television star isn't an exception here; since her on and off dating relationship with her ex-boyfriend Soulja Boy, was talked about now and then.

Discover:- MSNBC's Nicolle Wallace Keeps Her Husband Out In Shadows But Not Her Son!

Nia was dating Soulja since high school, but like the problems people usually face in a relationship, Nia and Soulja too had their share of ups and downs. Amidst the problem, they maintained an on and off association for a while; but eventually, the reports of the pair's break up surfaced around August 2016.

Moreover, apart from just sharing a love relationship, Nia and Soulja parented Nia's daughter, Kamryn together. Soulja was Kamryn's stepdad, and the identity of  Nia's actual baby daddy is kept a secret to date. Talking about baby daddy, according to a report by TMZ, she's singer Chris Browns' newest baby mama. Later, the rumor died down after the media giant received a widespread backlash for mistaking her for Nia Gonzalez.

Moving on from Nia's relationship with Soulja, she then got linked with her co-star from Love & Hip Hop: Hollywood, Lil Fizz in 2017.

After Nia's Snapchat post with Fizz went viral, where the two were seemingly snuggling up, rumors about them dating started swirling. However, Nia later came forth addressing that she was happily single later the same year in an interview with "DatzHott."

Well, she indeed gave away the qualities that she seeks in a relationship and if you have ever fantasized dating her, know that she wants to be secure as well as she seeks honesty in a relationship, and if somebody can make her laugh that would be just perfect!

You May Also Like:- Danny Glover, From One Wife To Other; Children At Age 72

She is the daughter of Grammy-winning songwriter and producer, Teddy Riley and grew up alongside her siblings' squad that included Bobbie Riley, Samar Riley, Dante Horne, Taja Riley, Lil Teddy Riley, TJ Riley, and Dejanee Riley.

About four and some change years ago, a gossip magazine ran an article which suggested that Teddy Riley wasn't her biological father. Even her ex, Soulja Boy provided with two cents on the matter.

Nia took to Twitter to lash out on the said magazine and her ex. She wrote:

"Ppl swear they hitting you with facts from stuff they read off a blog. Pathetic! A blog will say you died and a dumb a** on here will be like....Bitch you're dead why you tweeting?!! This S**t is getting old.”

Nia, who started her career as a model has appeared on the cover of numerous magazines, but she garnered significant fame after starring in 'Love & Hip Hop: Hollywood,' a reality television series.

Also, she grabbed some attention in 2017 after she was body shammed for her weight gain. Nia gained few pounds in 2017, despite which, her fans loved the way she looked, but she received negative comments too. After Nina posted a snap of her dressed in a revealing, sexy outfit a person harshly commented on the post slamming Nia for her weight gain. Moreover, Nia shared the screenshot of the comment with a smacking reply to shut all the haters.

The abuse from an unnamed follower came in the form of a DM which read:

People do need to think twice before commenting on somebody else's appearance!