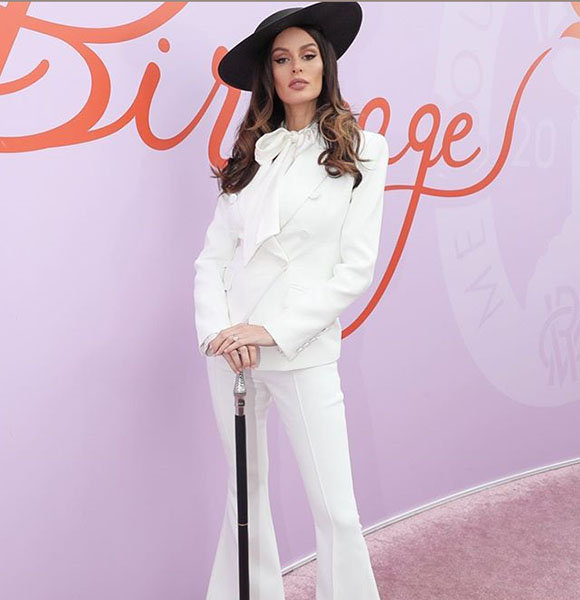 Nicole Trunfio is one of the most successful models in the fashion industry. She is best known as the winner of Australia's Search for a Supermodel and the runner up of the show's international version.

During her modeling career, Nicole has been the face of various brands and graced the covers of numerous magazines.

Further, in 2016, she added another tag to her introduction- wife of the famous musician Gary Clark Jr.

Nicole is one lucky lady in both her personal and professional life. She has been happily married to Blues guitarist and actor, Gary Clark Jr.

The lovely couple dated for four years and tied the knot on 19th April 2016. As for their wedding, the ceremony held at the Colony Palms Hotel in Palm Springs, California, was a dreamy affair.

On her wedding day, Nicole donned a gorgeous gown by Steven Khalil, whereas her groom rocked the John Varvatos style.

Further, the couple, who had their first child -a son Zion Rain Clark- before their marriage, was blessed with a second child- a girl Gia Leblane Clark (Gigi) in 2018. Together, Nicole and Gary are a power couple. Further, in September 2019, the couple announced their third pregnancy. During an interview with Elle Australia magazine, Nicole confirmed that she was 12 weeks pregnant.

As of now, the couple is looking forward to the arrival of their third child in 2020.

Nicole was born on 16th March 1986 in Merredin, Western Australia. Her parents are Giuseppe Antonio Trunfio and Kim Trunfio.

The supermodel of Australian nationality boasts Italian ancestry from her father's side and Australian descent from her mother's side. She was raised in Mreeidin alongside her three elder siblings.

You May Be Interested:- Abbey Lee Kershaw Boyfriend, Husband, Family

As for her education, Nicole initially attended St. Mary's School in Merredin, and later graduated from Australind Senior High School. Further, she studied acting for three years in New York and also attended the prestigious National Institute of Dramatic Art.

Nicole Trunfio entered the realms of modeling at a very young age. In 2002, she won the Australian television series Supermodel of Australia at age 16. After that, she also secured the second position in the show's international version. Ever since Nicole' s journey in modeling has been one hell of a ride.

She has been the face of brands like D&G, Karl Lagerfeld, Lacoste, Anne Taylor, Guess, and been on the cover of magazines like ELLE, Vogue, and Harpers Bazaar to name a few.

Further, in 2015, Nicole extended her wings from the decade long career in modeling and entered the world of jewelry designing from her brand titled Erth. Her jewelry collection includes unique neckpieces, rings, and bracelets.

Well, with such a fantastic career and business venture, it's pretty apparent that the supermodel has garnered a significant wealth as his net worth. Putting her wealth in figures, Nicole enjoys an estimated net worth of $10 million.