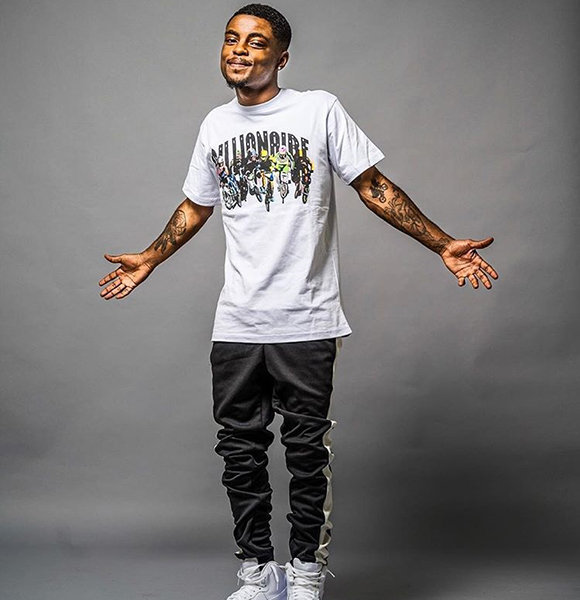 Niko Khale, formerly known by his stage name “Ace Primo,” is on his way up the ladder in the hip-hop industry.

He is mostly famous for his ties with Grammy Award-nominated R&B singer Keyshia Cole and his songs like Something Changed About You & Truth Is.

An independent rapper not tied with any labels, he wants to leave behind a legacy that’s bound to his real name - which is the reason why he abandoned his stage name.

Niko Khale was born on 17th October 1995, in Washington to African-American parents and is of American nationality. He never misses out on showing love to his parents on social media and even considers them his backbone.

The rapper, who stands at the height of 5 feet 7 inches (1.7m), has a huge fan following on social media.

With a fan base to back him up, Niko looks to show his craft in a rap industry dominated by African-American rappers like Kanye West, Jay Z, and Drake.

With the potential that Niko is showing at the young age of 23, it might not be long before we hear his name on the same page as the other influential names of the same genre.

Dating someone much older than oneself is common in the showbiz and Niko Khale is no exception. He is in romantic ties with established R&B singer Keyshia Cole, who is 37.

After her failed marriage with basketball star Daniel Hiram Gibson, Keyshia's relationship with Niko looks to be the love story, which goes on happily ever after.

The age difference between the two hasn’t been an obstacle in their love life, and they seem inseparable. The love birds can be seen showing each other off frequently on social media and have become a fan favorite. As of now, Niko is the father to Keyshia’s son as the couple’s wheel of love keeps on rolling.

Niko Khale has now got to experience the sweet taste of fatherhood.

August 2019 started with flying colors for Niko and Keyshia as they welcomed their first baby boy at the beginning of the month. Earlier, Keyshia had sent her fans on a frenzy when she announced on Instagram that her baby was due for the following day.

However, the baby is Niko’s first child, and he seems ready as ever to raise his little boy.

Looking at the pace that their relationship is going, their fans could soon hear about the lovely couple getting married.