By LRU Writer | On: February 03, 2020
Noah Cappe is a TV show host...hosts Food Network Canada’s Carnival Eats...also an actor and is known for portraying Derek in The Good Witch...bio reveals his age...the voice of Molson Canadian Beer...married to Keri West...no children yet...with his wife...but they have begun the adoption process...stands at a height of 6 feet 3 inches (1.9 meters)... 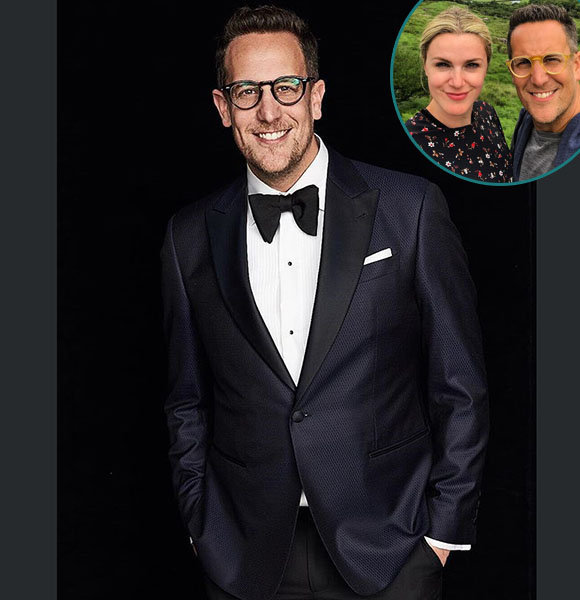 Noah Cappe is a TV show host best known for hosting Food Network Canada’s Carnival Eats. He is also the host of The Bachelorette Canada and The Bachelor Canada.

The Good Witch actor was born on 27th December 1977 in Toronto, Ontario. He graduated from the Acting Conservatory at New York University. He was also a part of Second City’s improv program.

Noah took to stage for the first time when he was 13 and has appeared in dozens of movies and TV shows since then. The actor has also been a part of many ads and has given his voice to Honda, Doritos, and Coca Cola among many others. He was also the voice of Molson Canadian Beer.

Noah is married to Keri West. The two first met during a trip to Israel called Birthright Israel. The TV host was 23 at that time and Keri was 19.

When they learned that they lived just 40 minutes away from each other in Toronto, they decided to stay in touch. The two started seeing each other shortly afterward. Eventually, after 13 years together, Noah proposed to her at the end of the play; Keri was directing the play while Noah was narrating. The Carnival Eats’ emcee got down on one knee and popped the question in front of everyone.

The couple has been married thrice since then. The first was a commitment ceremony in Toronto at an art gallery with 50 guests present.

For the second time, it was in Glasgow, Scotland with just the two of them. Noah and Keri renewed their vows on top of a gorgeous mountain.

As for the third time, it was in City Hall to make their marriage legal.

The couple does not have any children yet but has begun the adoption process.

Keri West is a Ph.D. candidate at the University of Toronto. She is also a social worker who has served at North York General, Mount Sinai Hospital, Toronto, and The Hospital for Sick Children.

She has also worked as a communication consultant, marketing analyst, communications associate, and knowledge broker.