By LRU Writer | On: February 15, 2018
Nolan Gerard Funk: A Rumored Gay Man With Obscure Dating Affair And Girlfriend The hit series Glee's star, Nolan Gerard can explain better to you as the actor has a line of obscure dating affairs followed by gay rumors which are kind of eerie. The actor is very secluded when it comes to his personal matter and dating concerns. However, his fans are always ready to know about his recondite romance. 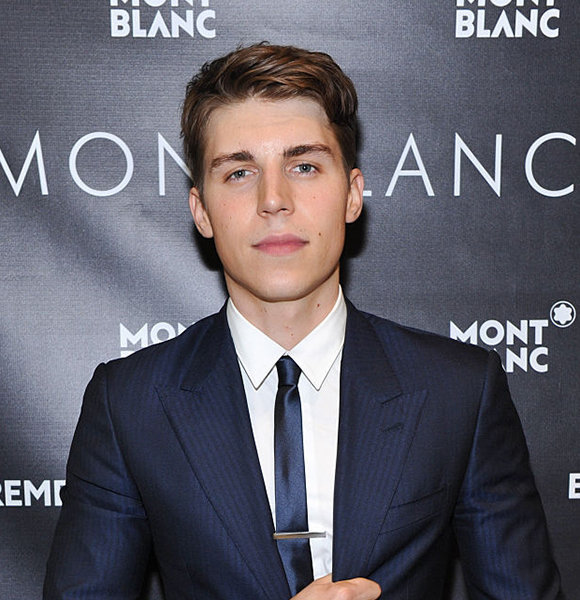 People often tend to speculate and then question on someone else's sexuality based entirely on their assumption and rumors. And there is a celebrity who has fallen victim to such false accusation given his obscure dating affair.

The hit series Glee's star, Nolan Gerard is the one we're talking about as the actor has a line of obscure dating affairs followed by gay rumors, which are kind of eerie.

The actor remains secluded when it comes to his personal matter and dating concerns, but his fans are always ready to know about his recondite romance.

Well, if you too are curious to know his dating status and the truth of his sexuality, do scroll down as we are about to shed some light on that very matter!

The good-looking Nolan Gerard Funk has been able to put himself on the list of popular actors in Hollywood with his amazing acting skills. Given his exceptional talent on screen, he has a considerable fan following always inquisitive to know about him, including his dating affairs.

The 'Bye Bye Birdie' star Nolan has always been very reticent about his love-life, but the gossip portal has always been able to track down his obscure girlfriend. The 'Glee' hunk was romantically linked with the gorgeous Katie Wassel in 2013 after the two were seen getting pretty comfortable with each other at night out in Los Angeles. Katie was not shy to reply back to Nolan. She too shared a picture of her with Nolan with a caption, where she revealed that she is making magic with the troublemaker Nolan. Nolan and Katie were staring at each other deeply ( Dailymail)

That did not stop there, as Nolan replied to her caption stating Katie to be the trouble magic miss.

The romance was put to rest back in 2013, as none of the two confronted anything about their relationship and the bond they shared.

The actor, who has done romance on-screen with some of the beautiful ladies like Jennifer Lawrance and Lindsay Lohan, made it to the headline when the news about his past broke on the internet.

Before becoming an actor, Nolan was a dancer in a gay club in Los Angeles and went by the name JT. According to the sources, Nolan was very comfortable at what he did and even had a gay roommate.

His fans were very surprised when they found out about that. Well, with the face and body like that, it is pretty convincing that he can pull it off. And if you are still not convinced that he can pull off as a dancer at a gay club, take a look at his shirtless picture.

The actor, who was in a romantic relationship with Allie Trimm back in 2010, has not been linked to anyone at the moment. Well, he might also be dating secretly as he is just way too good at keeping his romance a secret.

Keep visiting to be the first to know the unfolding events in Nolan Gerard Funk's life!