By LRU Writer | On: November 22, 2019
Paul Ritter with a wife and children around...acquainted with his role as a married man in...comes out with any facts on his partner...affiliated with TV show projects instead of movies 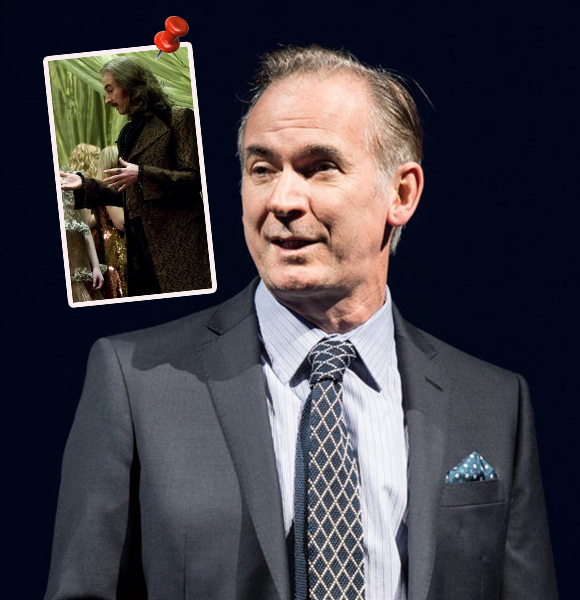 English actor Paul Ritter may not be a household name in Hollywood yet, but he has made quite a mark in the showbiz arena. Over the years, he has appeared in well-known movies and series such as Quantum Of Solace, The Game, and Friday Night Dinner.

Apart from his onscreen roles, the actor has also lent his talent on stage by performing in Shakespeare's plays such as Troilus, Cressida, and The White Devil. So, let's take a look into his career highlights and his take on life outside the screen.

Although late, Paul's appearance in TV shows highly contributed to his success in the entertainment business. He made his onscreen debut from the 1994 TV show Seaforth and continued appearing in several other shows in minor roles.

He did appear in several movies throughout his starting years, such as The Libertime, Hannibal Rising, and even Harry Potter and the Half-Blood Prince. But, he didn't share significant screentime in these projects.

However, with the start of 2011, the actor was prominently active in doing TV shows, and audiences started seeing him in a recurring role on Vera, Hangs Up, and Resistance.

Furthermore, he appeared in HBO's critically acclaimed show Chernobyl where he portrayed the role of an engineer named Anatoly Dyatlov. Also, in recent years, he is mostly affiliated with TV show projects instead of movies. Paul Ritter (on the left) plays the role of Anatoly Dyatlov in the show, Chernobyl (Photo: news.avclub.com)

Interestingly, he will be reprising his character again in the sixth season of Friday Night Dinner as the show is expected to air in 2020 as per the creator, Robert Popper.

Throughout Paul's acting career, audiences are well acquainted with his role as a married man in the sitcom, Friday Night Dinner. But, offscreen, his relationship status remains a mystery.

Due to his absence from social media platforms, tabloids have found it very hard to peek into his personal life. Throughout his interviews, the actor has also made sure not to let out any info on his marital status

So, it's pretty evident that the English artist is a reserved one when it comes to sharing details on his love life. But, it's rare for a person with a well-running career to not start a family life with a wife and children around.

However, until and unless the TV icon comes out with any facts on his partner, viewers will have to keep solace in watching his onscreen relation. After all, every individual deserves a little bit of privacy, be it an average working citizen or a prominent actor.