By LRU Writer | On: September 26, 2019
Katie Maloney and husband Tom Schwartz obtained a marriage license in...Lance Bass spurred the debate about the legality of marriage after attending...a month shy of celebrating their wedding anniversary...were back again amongst the headline with their secret second wedding at... 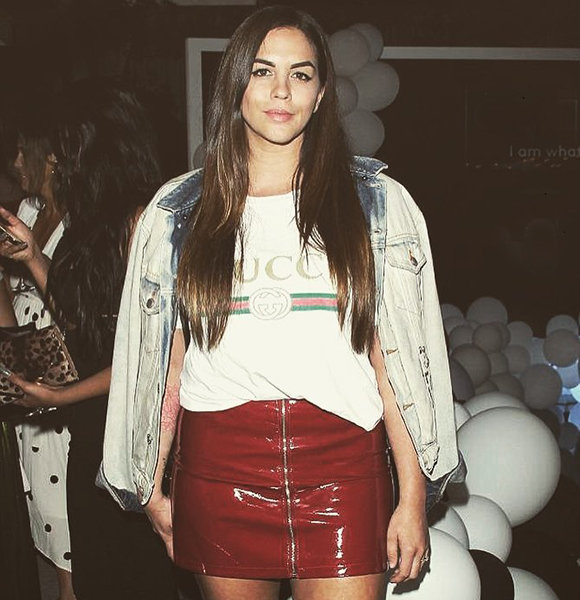 Katie Maloney's marriage with husband Tom Schwartz garnered enough attention. On top of that, revelations about the duo not obtaining the marriage license proved their affair even more dramatic.

After Vanderpump Rules star Lance Bass accidentally spilled the beans, Katie and Tom decided to silence the critics by acquiring their long-delayed marriage license. They did so in late-July 2019 while in Vegas.

Neither the reality star nor her husband made themselves available for comment at the time.

Talking to the guests Jamie-Lynn Sigler and Brett Gursky, the former N*Sync member provided an insight into Jax Taylor and Brittany Cartwright's wedding. While praising the event, he shared a hair-raising insight into Katie and Tom's marriage. In his own words:-

"The big talk around the wedding was that there was this rumor that maybe Katie Maloney and Tom Schwartz could possibly not be married because they might have done their paperwork wrong... "

On 17th June 2019, days after the striking revelation, Lance explained the situation by appearing on ABC's Strahan & Sara. Apologizing to Kate and Tom for a slip of the tongue, he claimed not to know that "it was a secret."

In the end, the debacle proved to be a blessing in disguise.

When the news of them acquiring a marriage license hit the interweb, Katie and Tom were a month shy from celebrating their third wedding anniversary.

More On The Event:- Katie Maloney And Tom Schwartz Revealed About Their Blissful Married Life After A Fairytale Wedding!

On the big day, Katie wore a long-sleeved dress by Zuhair Murad. Her groom, on the other hand, dazzled the crowds in a traditional black tuxedo. After the ceremony, the reality star professed excitement over the prospect of calling her best friend Tom husband. Additionally, she described the event as "an amazing experience."

Bravo chronicled the entire wedding in the season five of Vanderpump Rules.

Katie Maloney and Tom Schwartz were back again amongst the headline with their secret second wedding in Las Vega.

The couple - who got married back in 2016 - exchanged their wedding vows again in July 2019. The move came after the duo found out they were not officially married first time around. As embarrassing as it sounds, the couple had not realized that the two were not legally husband and wife until their second marriage.

But, later, it turned out that the second wedding was all a joke and a plot for the upcoming season of Vanderpump Rules. Similarly, following the marriage joke, there was a rumor about the Vanderpump actress becoming pregnant.

However, addressing the matter during an interview in August 2019, Katie described being haunted by the rumors for four long years. She added that being fat does not mean being pregnant. As of 2019, getting over all the fake jokes and stories, the couple is preparing for a scary Halloween decorating their house with spooky props.

Katie and her husband Tom got introduced to each other through Kristen Doute. Three months after meeting for the first time, they went to see Vampire Weekend as dates. Lacking chemistry initially, the lovebirds grew closer over time.

Despite postponing the long-delayed engagement, Katie and Tom finally committed to each other in early-June 2015. Jeweler Kyle Chan created the gorgeous pear-shaped diamond ring.