By LRU Writer | On: December 05, 2019
Peter Stefanovic is a well known Australian journalist. His stint on Nine Network made him a household name. He...Following his non-renewal of contract at Nine Network, Peter didn’t take much time to...Peter is married to fellow journalist Sylvia... 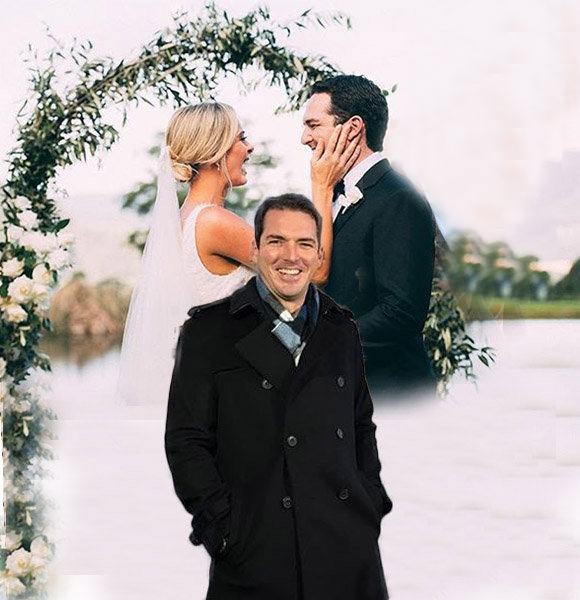 Peter Stefanovic is a well known Australian journalist. His stint on Nine Network made him a household name. No wonder, he went on to work for the network for 15 long years until 2018.

However, his departure was a major scandal in Australia as Peter along with his famous journalist brother, Karl Stefanovic, were let go of the network when their private conversations complaining about Nine Network were leaked in the media. They apparently complained about the management and colleagues in the infamous media leak.

What Is Peter Stefanovic Doing Now?

Following his non-renewal of contract at Nine Network, Peter didn’t take much time to make his next career move. He joined his former network’s rival, Sky News, as co-host on their show, First Edition. According to Peter, he felt refreshed about joining his new job. And, he loved waking up to the alarm at 3:15 am.

Peter is married to fellow journalist Sylvia Jeffreys since 2 April 2017. Two of the top journalists of Australia, the couple’s wedding - held at Ooralba Estate in Kangaroo Valley - was a high profile event.

Peter looked dapper in a suit while his wife reportedly stunned on a Rebecca Vallance gown on the big day. Surrounded by their friends and family, the journalist power couple surely celebrated their union to the fullest. After their wedding, the couple - who met as co-hosts on Nine Network Today show - saw lots of ups and downs. Well, the down being their professional life; with Peter being ousted from Nine Network. Further, while Sylvia was not let go, she was shifted to the network’s another show - A Current Affair.

On the other hand, their personal life saw good happenings. Well, the couple celebrated their second wedding anniversary in 2019. Moreover, they are set to become parents to a baby boy. Till the bundle of joy arrives, Sylvia is busy showing off her baby bump on Instagram.

Interesting Facts On Peter Including His Bio, Age