By LRU Writer | On: October 03, 2019
American actor Quad Webb Lunceford created a buzz due to her unusual screen name, which has led to speculations if this was her real name or not. And her age is a constant source of gossip because of her youthful appearance, and spellbinding smile. Similarly, the gorgeous beauty has also been in the news because of her strained relationship with her husband, provoking rumors of divorce. 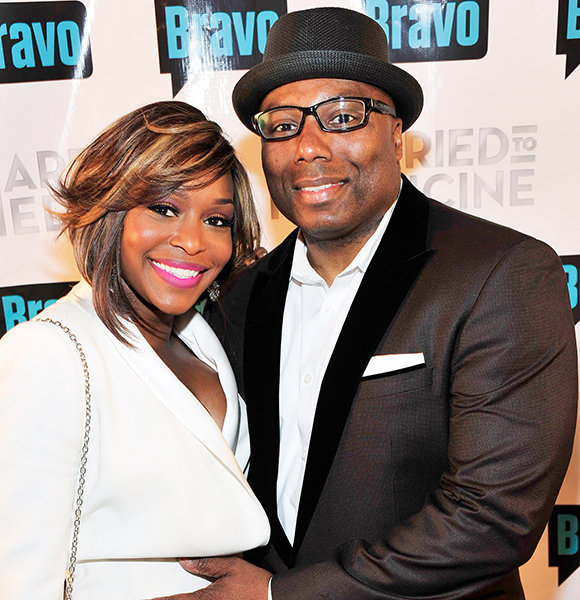 American actor Quad Webb Lunceford created a buzz due to her unusual screen name, which has led to speculations if this was her real name or not. And her age is a constant source of gossip because of her youthful appearance, and spellbinding smile.

Similarly, the gorgeous beauty has also been in the news because of her strained relationship with her husband along with the proceeding divorce.

If you too want to perceive more about Quad's real name, her age and the current relationship with her husband, then this article's just for you!

Quad Webb Lunceford, who celebrates her birthday on 13 May, is one of the most known reality stars today because of her appearance in the BRAVO's Reality Show, Married to Medicine.

The Memphis native, born as Quadrifinka Webb, shortened her original name to Quad and adopted her husband's surname Lunceford after their marriage in 2012.

Quad has captivated the attention of the viewers because of her youthful looks even in her late thirties and keeps growing beautiful over time. Quad Webb Lunceford smiling to the camera during a photoshoot (Photo: lasentinal.net)

But the beauty, who has a net worth of $1.5 million, is starting to show a few stress lines due to her muddled married life.

Marriage On The Rocks

However, differences in their marriage started during the 5th season of series Married to Medicine which aired between November 2017 to March 2018.

The actual reason for the strained relationship between the pair has not yet been revealed, but Quad accused Gregory of not supporting her emotionally despite fulfilling physical needs. Quad felt that her husband was more focused on his career, making her wife the second priority. Not just that, the cause of the difference between the couple was thought to have centered around having a baby. Gregory wanted to have a kid, but Quad was not interested because she wanted the child to be brought into a stable environment.

I desperately would love one day to have at least one child. Max being two.But it would be unfair for me to bring a child into this world in a household where we’re not seeing eye to eye.

On 21 December 2017, blogsite Straight From The A, even reported that the couple was already living separately for months. Similarly, the reports got strengthened as Quad's Instagram had no mention of her husband since July 2017.

Moreover, in the final episode of the show Married to Medicine, the couple were engrossed in a heated discussion about the dreaded "D" word- Divorce.

Following the same couple were more eager than ever to finalize their divorce in May 2019. The actress personally consulted a judge and asked for his advice about the matter. She even prepared for the trial scheduled for April 8, the same year, but could not complete it because of the stubbornness of Gregory.

Gregory tried to delay the inevitable by not submitting his financial documents and papers related to his property valuation to the court. But, with the court's orders at place, Gregory was compelled to submit the documents as soon as possible.

You May Also Like:- Toya Bush-Harris' Complications With Lavish House! Bio From Age To Husband & Net Worth

After a year-long legal drama, the time has finally arrived for their seperation. On 8 August 2019, the ex-couple finalized their divorce and went about their separate ways. Almost immediately after the wedding, the reality show actress opted to stick with her old name Quad Webb and dump her past life.

Now she is entering the dating game once again in the seventh season of the Married to Medicine after being single and ready to mingle again.