By LRU Writer | On: October 13, 2019
Simone Whitmore has been going through marital issues with her husband. Simone, who has her marriage hanging on a thread, had prepared up for a divorce. After their attempt to mend their relationship, there have been no further updates other than that they are giving their best shots to marital counseling.It seems like Simone might be having cold feet about the divorce decision. Well, to end 21 years of togetherness is not as easy as it seems. 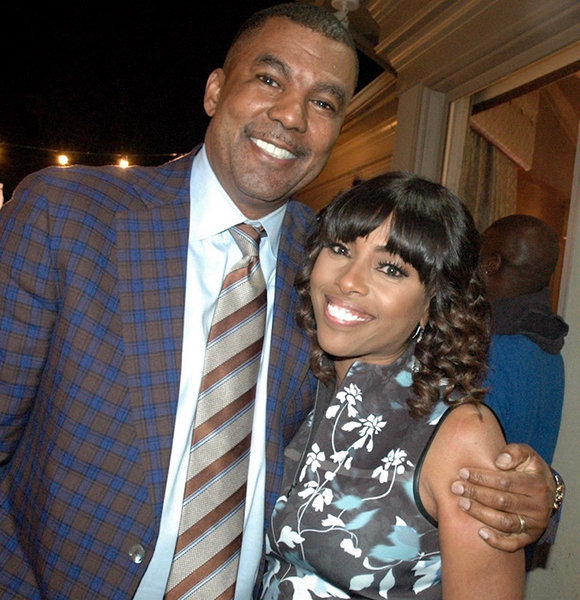 A cast member of Bravo's Married to Medicine alongside Quad Webb and Toya Bush-Harris, Simone Whitmore has been going through marital issues with her husband. Simone, who has her marriage hanging on a thread, had prepared up for a divorce.

When Did Simone Whitmore File For Divorce?

Simone Whitmore, a physician by profession, is a married woman. Simone has been married for about 22 years. Her husband is Cecil Whitmore, who was the Director of Enabling Functions for the Coca-Cola company.

The couple first met when Simone was a student at Spelman College in Atlanta, Georgia. The couple tied the nuptial knot back on 25 May 1996 in a wedding ceremony among friends and families. In the early days of marriage, the loving couple was inseparable, but as time passed, they went apart. The couple ultimately drifted apart, and their separation even resulted in the two staying in separate houses.

As the couple grew apart from each other, their bond loosened, which ended up with Simone filing for divorce. Simone gave up on their dysfunctional relationship and filed for divorce in October of 2017.

Are Simone Whitmore And Her Husband Still Together?

Following the suggestions from their well-wishers, the pair put their divorce on hold on a mission to repair their marriage.

In March 2018, Simone opened up while talking with PEOPLE exclusively and said she would want to establish something new with her husband and did not want to go back to their old dysfunctional relationship. Simone stated,

Moreover, Simone, who has a net worth of $3.5 million, expressed that her relationship with her husband was improving through counseling. She also added that they shouldn't have left counseling sessions in the middle when the show's season wrapped in February 2017.

Besides, in the 2018 People interview, she revealed that they couldn't mend their relationship because of other obligations when the show's season ended. She said,

“It looked like we were improving. The problem is we should have continued counseling, and we did not. We let life take over. We were busy over the summer with basketball tournaments, traveling and getting Miles ready for college. We should have kept marital counseling as a priority, but we let the ball drop.”

Despite all the drama, their contact finally came to a steady. They dropped the idea of a divorce and celebrated their 22nd marriage anniversary in May 2018. To save their bond, the two consulted family and friends and engaged with one other even more. Similarly, the couple can often be seen exchanging Instagram posts with one another. In September 2019, the re-joined couple celebrated the 21st birthday of their eldest son. However, during the dark days of their relationship, it was not only their personal life that got affected.

The reality star's husband, Cecil was unemployed and struggling to find a reliable source of income. During such a time of despair, one of his friends named Dr. Heavenly suggested he join the real estate. Cecil announced the new job via his Instagram, and he was in charge of selling and buying houses in Georgia.

Now, Simone - age 52 - and her husband are in perfect harmony and are heating things in the new season of Married to Medicine premiered on 8 September 2019. They live together in their house in Georgia, and well, to end 21 years of togetherness is not as easy as it seems.

Simone's dad had gone missing around April-May in 2016. A month later, the metro police found a man lying dead in a vacant house in Nashville with an ID.

The man was none other than Simone's father, Frank Baxter Jr. Frank's memorial service was held on 6 May 2016.