By LRU Writer | On: July 01, 2019
Rah Ali is the star of Love & Hip Hop: New York...involved in a fight with Cardi B...about her father and family members...was secretly engaged to boyfriend...got married to husband on...the wedding was held at...pregnant with a child...plastic surgery rumors... 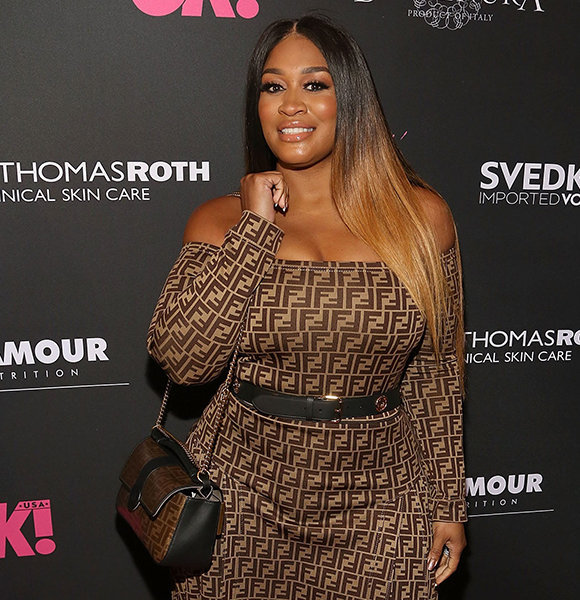 Rah Ali is a TV personality and businesswoman best recognized for starring in Vh1's reality show, Love & Hip Hop: New York. Also known by her stage name Blinged Out Bombshell, she had made appearances in other shows such as The Real Housewives of Atlanta (2008) and Basketball Wives (2008).

As an entrepreneur, she owns multiple shoe stores in major cities like New York and is also a celebrity shoe consultant. Interestingly, the reality star is also passionate about writing as she wrote and published a novel titled A King & An Ace in 2014.

Rah was born on 27 January 1984 in New York. Her parents were married in 1971 and shared three children, including Rah's two elder brothers.

The reality icon has chosen to keep her private life confined to herself. She hasn't shared any details about her father or any members of her family. Instead, she is interested in expanding her career as an entrepreneur and loves promoting her brand on Instagram.

Rah had started her career working as an assistant for singer Harve Pierre before making her mark on showbiz.

Through her active business and indulgement in the showbiz world, she has already made herself a net worth of $800 thousand. Moreover, she is the founder and manager of her promotional company named 5 Approved.

Marriage and Death Of Daughter

The New York-born star was secretly engaged to a mystery boyfriend in 2013. Rah's fans were left wondering about the identity of her fiance/husband as she added more confusion among her admirers after getting secretly on 27 July 2017.

The wedding was held on a beach in Miami, where the bride was seen walking the aisle to Nicki Minaj's famous song, Moment for life.

Rah's fans are still wondering if her husband and the former fiance are the TV star has kept her lips locked on the matter. In May 2019, Rah faced a devastating tragedy when she lost her five-months-old unborn baby daughter. Her well-wishers were terrified to hear the news as they were not even aware that Rah was pregnant.

The Love & Hip Hop star was eager to reveal the good news to her fans with a proper glam shoot. But before she could do so, the tragedy struck.

As of now, she still grieves the loss with emotional support from her friends and family.

Past Feuds and Controversy

In 2011, Rah allegedly slashed a bouncer's face with a razor blade during a nightclub fight and was released on a $10,000 bail. Furthermore, in 2018, she was involved in a row with Cardi B while defending her singer friend,  Nicki Minaj.

Cardi received a bruise on her head from the brawl, but the matter was later resolved

Rah - who is 5 feet and 6 inches (1.6 meters) in height - was also a subject of plastic surgery rumors back in 2016. The gossips claimed that she had lost her weight from rib removal plastic surgery. Since the controversial operation is illegal in the US, the surgery was reportedly performed during one of her trips to Columbia.