By LRU Writer | On: April 22, 2019
Before becoming a worldwide phenom via appearances on Love & Hip Hop: Atlanta, reality star Tommie Lee was an incarcerated individual with a long charge sheet... A gentle breeze through her wiki shall reveal how Tommie turned her life around and made herself a "legitimate" Love & Hip Hop staple... 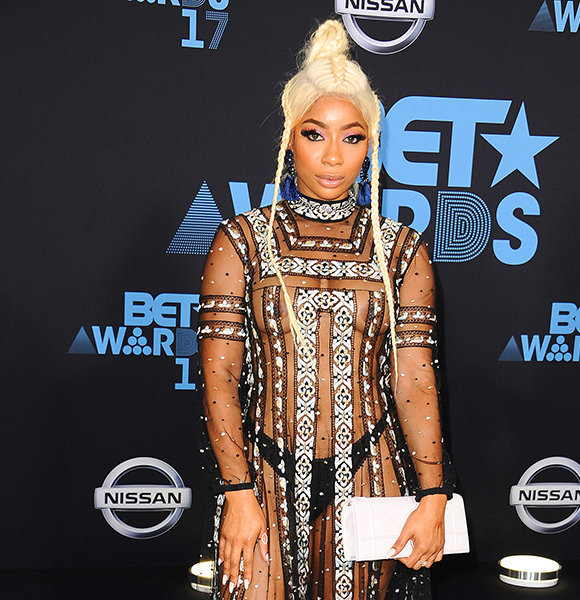 Before becoming a worldwide phenom via appearance on Love & Hip Hop: Atlanta, reality star Tommie Lee was an incarcerated individual with a long charge sheet.

Since 2003, she got arrested atleast once every year until 2012. The allegations varied anywhere from disorderly conduct, identity fraud, forgery to shoplifting, theft, and battery. The severest of all her crimes was a bus hijacking incident.

A gentle breeze through her wiki shall reveal how Tommie turned her life around and made herself a "legitimate" Love & Hip Hop staple!

A Gemini by birth sign, the controversial reality star celebrates her birthday on 19th June every year. Singer Paula Abdul and rapper Macklemore share the same birthday as her.

The New Jersey native's relationship with both her mother Samantha & one of her sisters Versace is less than stellar.

As for the rest of her siblings - brothers Tahaan & Reggie and sister Rajaysha - Tommie appears to be on speaking terms with them.

Because of her parents' lineage, the 34-year-old identifies herself as belonging to African-American ethnicity.

When still a teenager, Tommie's mother contacted juvenile police after she had run away from home. It eventually led to her facing severe jail time. By her admission, the initial incarceration altered the course of her life.

While serving a sentence, Tommie - still a teenager - became pregnant with her first child. Subsequently, she gave birth to her daughter Samaria in prison. In interviews that followed, she criticized the officials for not paying attention to her delivery.

The troubled reality star has two kids in total -- both daughters and Havalli is the other child.

To this day, she appears adamant about revealing the identity of the baby fathers.

While the information about Tommie's kids and baby fathers are still at large, her dating history isn't!

After earning mediocre success as a concert promoter, she returned to Love & Hip Hop: Atlanta in 2016 as the reality show's vet Scrapp Deleon's girlfriend. The ensuing seasons saw her get promoted as the lead.

Her ex-boyfriend, Scrapp got sentenced to five years in 2016 after pleading guilty to marijuana trafficking charges. In September 2018, his imprisonment got cut short for good behavior. Upon Scrapp's release, Tommie fueled dating rumors after the two got photographed kissing each other in January 2019.

Besides Scrapp, she reportedly had romantic ties with Ian Connor, the notorious designer/influencer accused of multiple rape allegations. Per Tommie, she and her rumored boyfriend Ian were friends and nothing more!