By LRU Writer | On: March 05, 2020
Reality star Rebecca Kufrin had her first brush with fame...returned for a second shot at love, as the lead of...was born on...parent...lost her father at the age of...is engaged to...heart was broken when...initially started her career as an...worked as an account executive...working as a co-host of...launched her own clothing line...stands at a height of... 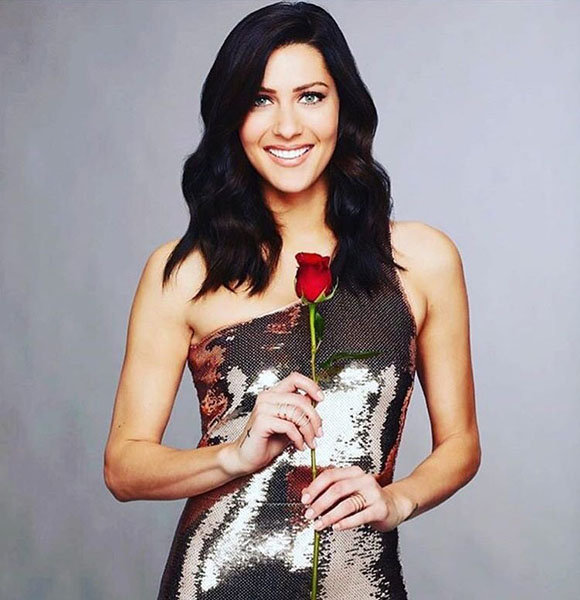 Reality star Rebecca Kufrin had her first brush with fame as a contestant on the 22nd season of ABC's The Bachelor. With her humble personality, she became a fan favorite in the reality show and ultimately became the winner too.

However, she did not get her happy ending from The Bachelor. After that, Rebecca returned for a second shot at love, as the lead of the 14th season of The Bachelorette in 2018.

Her family includes her mother, Jill Kufrin, and elder sister, Emily. Rebecca lost her father, Steve Kufrin, at the age of nineteen.

Is 'The Bachelorette' Rebecca Kufrin Engaged?

She met Garrett in The Bachelorette during her second shot at love. Their relationship initially struggled as Garret had been married before.

But in the end, Rebecca ended up picking Garret, and the two got engaged in the season finale of The Bachelorette.

In the 22nd Season of The Bachelor, Rebecca was among the 29 contestants who participated in the show for the race car driver, Arie Luyendyk Jr.

In the reality show, Rebecca became the winner after Arie gave her the final rose, and the two got engaged.

But a few weeks after the engagement, Rebecca's heart was broken when Arie called off the engagement with her to pursue a relationship with the runner-up, Lauren Burnham, instead.

Rebecca initially started her career as an intern at the Cystic Fibrosis Foundation.

However, Rebecca's life has changed drastically after her fame from the reality show. She has been working as a co-host of a Bachelor Live & Happy Hour podcast.

Further, The Bachelorette has also launched her clothing line- B The Label.