By LRU Writer | On: March 04, 2021
Garrett Yrigoyen shot to fame while trying to find love on ABC’s popular show...Sadly, just after six months, Garrett turned his wife into ex-wife on...Garrett, who celebrates his birthday... 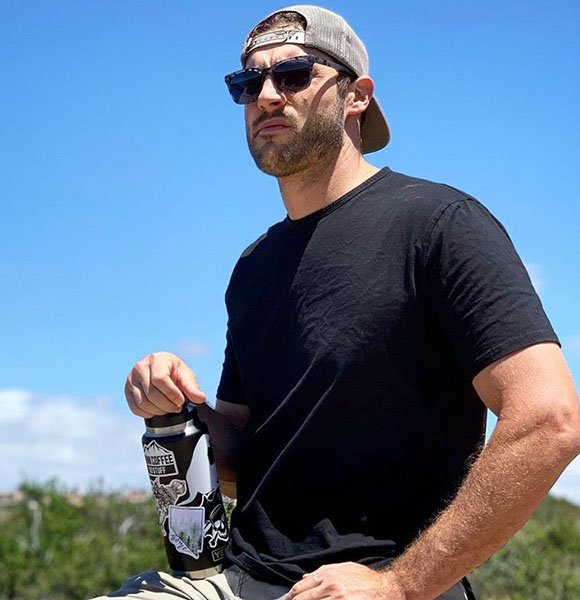 Garrett Yrigoyen shot to fame while trying to find love on ABC’s favorite show, The Bachelorette.

Before the reality show appearance, he had a job as a medical sales representative at Distal Extremities Surgical Technology Consultant at Arthrex in his home town, Reno.

Garrett, who celebrates his birthday on 24th February, was born in 1989. The 30-year-old used to be quite athletic at university, but he couldn’t pursue it professionally.

Talking about his family, Garrett has a sister named Allison. Both siblings are the children of parents, David and Barbara Yrigoyen. It was his parent's support throughout which led him to participate in the reality show.

Interestingly, he won the heart of Becca Kufrin in the reality show and got engaged to her in the summer of 2018.

Before winning the final rose at ABC’s hit show, The Bachelorette, Garrett had already had his heart broken. Well, he got married to Kayla Cunningham in a beautiful wedding ceremony at Newcastle, California. But, the couple, who tied the knot on 19th September 2015, couldn’t continue their relationship.

Sadly, just after six months, Garrett turned his wife into ex-wife on 25th March 2016. He couldn’t find a stable relationship after his failed marriage. Thus, he went to ABC’s reality show to try his luck in finding love, which worked out for him.

Garrett, like any other Bachelorette or Bachelor contestant, wasn’t paid to appear on the show. However, post winning the show, his net worth skyrocketed with demand for product endorsements and public appearances. Similarly, his Instagram handle’s growing followers added value to his growing profile. Well, Garrett got support from his fiancee' Becca, who earned a whopping $1 million salary for her Bachelorette lead appearance. Post the show’s ending they packed their bags and moved to Los Angeles.

In the new place, they purchased a new home at Carlsbad, California, a two-bedroom Spanish Mediterranean-style apartment.

During his stint at The Bachelorette, Garrett came under fire for his questionable social media activities. Eagle-eyed fans noticed that the reality star had liked transphobic and racist posts on Instagram. Also, he interacted with a post that made fun of Parkland gun-violence shooting victims.

Since the controversy happened as the show was airing, fans even rallied against him becoming the winner of the reality show. The situation was so bad that the 30-year-old also thought he would lose his future wife Becca, which was kept a secret before the finale of the show.

For You:- Bill O'Reilly Lands A New Contract with the Fox News Despite Controversy of Sexual Harassment!

But, Garrett tried to handle the situation with his apology on Instagram. After the show’s finale, in 2018, he talked to the show’s host Chris Harrison about the incident.

The reality star of height 6 feet 2 inches (1.88m) maintained that he deeply regretted the incident and was careful not to hurt anyone’s sentiment since the debacle. Garrett’s fiancee's, who was by his side, also supported him and assured that he learned from his mistakes.