By LRU Writer | On: July 05, 2021
American actor and director Richard Thomas got his recognition after playing in the TV series, The Waltons. He later gained his fame performing in movies like Battle Beyond The Stars and IT. Unlike his career, Richard has his share of tragedy in his married life. He faced a divorce in his first marriage but like said second time's the charm, he found love again by getting married for the second time. American actor Richard Thomas got his recognition after appearing on The Waltons. He later gained his fame performing in movies like Battle Beyond The Stars and IT.

The New York City native underwent surprised divorce in his first marriage, but like said second time's the charm, he found love again in his second marriage.

Shares Joint Custody After Separation With Wife Of 17 Years

Richard got married to Alma Gonzales on Valentine's Day, 1975.

In 1992, after remaining married for a long duration of 17 years, Richard's wife filed for divorce stating irreconcilable differences. The pair eventually separated legally on 22 June 1993. The former pair got joint custody of their children, with the kids staying every other week with their father. Richard Thomas And Alma Gonzales attend the circa in Los Angeles in 1980 (Photo: Getty Images)

A source close to Alma revealed that she had made up her mind to split back in March 1992. Even the presence of four lovely children couldn't save their marriage from tearing apart.

Their firstborn, a son by the name of Richard Francisco, was conceived in 1976. On 26 August 1981, Alma gave birth to triplet-girls, namely Barbara Ayala, Gweneth Gonzales, and Pilar Alma.

More than a year of his divorce to Alma, Richard tied the knot with Georgiana Bischoff on 20 November 1994 in the Los Feliz section of Los Angeles. The marriage was second for Richard, while it was the third time for Georgiana.

The event was accompanied by about 50 guests, mostly blood relatives. Richard's son, Richard Francisco, served as the best man, whereas his triplet daughters took the role of bridesmaids along with Georgiana's daughters from previous marriages. 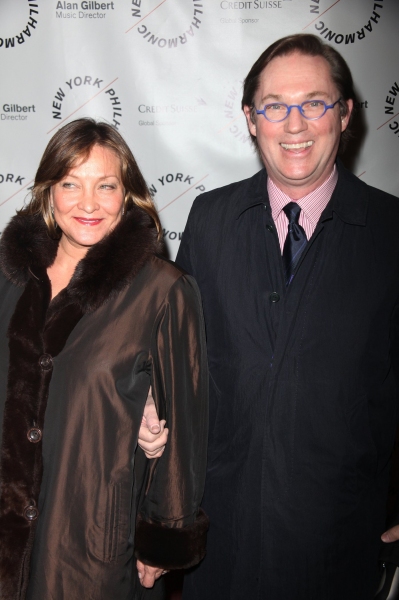 Richard and his wife Georgiana attend the SONDHEIM: The Birthday Concert Arrivals on 15 March 2010 (Photo: BroadwayWorld.com)

The American actor witnessed his third wedding ceremony in a Pueblo Indian culture when he married his wife- Georgiana, again in May 1995. A year later, on 28 July 1996, Georgiana gave birth to a baby boy named Montana James.

The pair first met in 1992 when Georgiana was recently coming out of a divorce. His second wife, Georgiana Bischoff, is a descendant of the Pueblo Indian Tribe.

See Also:- How Paige VanZant Escalated Dating Affair! Boyfriend Asks To Be Husband, On One Knee

The veteran actor has been enjoying his financial stability with a net worth of over millions. He profited from selling a house for $2,995,000, which cost him $1.55 million in 2004.

The 70-year-old has been busy focusing on his theatre-acting career. In 2018, he was cast as a young immigrant in the Broadway series The Humans. He was also spotted attending the opening night of Jerry Springer - The Opera on 22 February 2018

You May Also Like:- NRA's Wayne LaPierre Massive Net Worth & Salary! Married Life & Family - All Details

Busy On National Tours "The Humans"

In 2018, Richard was busy focussing on his career and making his transformation to the theatre. The veteran actor made a nationwide tour with his professional family to perform the theater adaptation of Stephen Karam's play, The Humans.

In the play, which centers around the life of a working-class family struggling with problems like generation differences, professional crisis, Alzheimer's disease, Richard played the head of the family, Erik Blake.

Richard's character Blake was a maintenance worker who works at a local Catholic High School. The play was based on Erik coming to peace with his daughter's life choices, the death of his mother, and the secrets he has not shared with his family.