By LRU Writer | On: October 28, 2018
Robbie Rogers, former la Galaxy player, is married at the age of...He exchanged the wedding vows with his lover of...years back in...The couple began dating back in...and...years later they welcomed their baby...named... 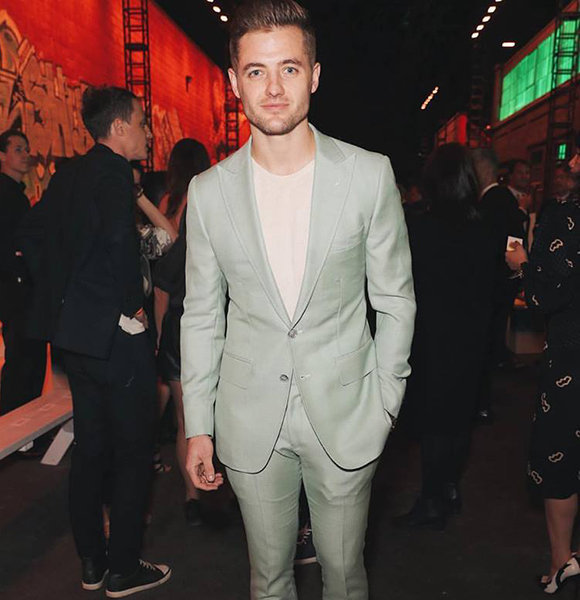 Retired former American professional soccer player, Robbie Rogers has achieved everything he wanted to as a footballer. Along with his impressive stats, Robbie is also the only second gay footballer to come out in public after the predecessor Justin Fashau, who hanged himself in 1998.

Being raised in a close-knit Christain family, coming out as a gay was not that easy for Robbie but hiding the truth was much harder. After coming out openly in public, Robbie soon found the love of his life.

Well, the former player now shares the marital bond with his boyfriend-turned husband while sharing a baby together!

Robbie Rogers, former LA Galaxy player, shares romance with his partner of half a decade setting example as a major gay couple goals. Robbie, at the age of 30, is married to the creator of shows like Dawson’s Creek, Arrow, Supergirl, Greg Berlanti.

Robbie and Greg have been together for a long time now since Robbie came out as gay keeping his name as a gay sportsperson in one of the major games. Robbie revealed his sexuality to the public back in 2013 and the very same year he began dating the love of his life.

The couple went strong with their relationship cherishing each other's presence in their life. After three years of dating, the couple finally decided to expand their family. Robbie and Greg welcomed their first baby via surrogacy back on February 2016.

The proud parents were vocal about their new addition into the family as they shared the happy news on the social media. Both Robbie and Greg shared a picture of their baby boy while announcing his arrival.

The newest parents named their baby Caleb Gene Berlanti while appreciating his presence into their lives. Months after welcoming their baby into their life, Robbie and Greg took their relationship into the next stage.

In December 2016, Robbie and Greg got engaged. Even though the pair did not reveal much about their engagement, Robbie made sure to announce the happy news on social media.

Robbie took it to Instagram where he posted a  picture with his boyfriend-turned-husband, Greg while revealing that they were engaged. The pair said goodbyes to 2016 with new responsibilities and commitments.

However, there were no any details of the day but through the picture, it seems that a string quartet was involved. Announcing the engagement, Robbie wrote,

"Thank you to everyone before us that made this moment possible. I feel extremely lucky and blessed to end 2016 engaged to the love of my life. Happy New Year!"

Well, the engagement was a cherry on the top for the couple who were brought even closer with the presence of their son Caleb.

After almost a year of being engaged, the pair finally decided to exchange the wedding vows. Robbie and Greg tied the nuptial knot back in 2nd December 2017 during a wedding ceremony held in Malibu, California. The wedding was accompanied by their son Caleb along with Robbie's best man Warren Baker, who is stylish from Hampton + Baker clothing line, and Kevin Donahue, Greg's best man, and his longtime friend.

The ceremony was followed by an after-party with foods and music as they danced until midnight on their big day. Very soon, the couple would be celebrating their first anniversary together.

As of today, Robbie and Greg, with their huge salary earning massive net worth, enjoy their family life at its best cherishing small moments together.