By LRU Writer | On: November 15, 2019
Romeo Langford who made his dream come true after insuring his spot with the...as he is with his on-court performances, on the other hand, the Celtics Rookie is a tough nut to crack regarding his... high school ticket holder recalled him standing for as much time as required to click pictures and sign autographs for his fans after... 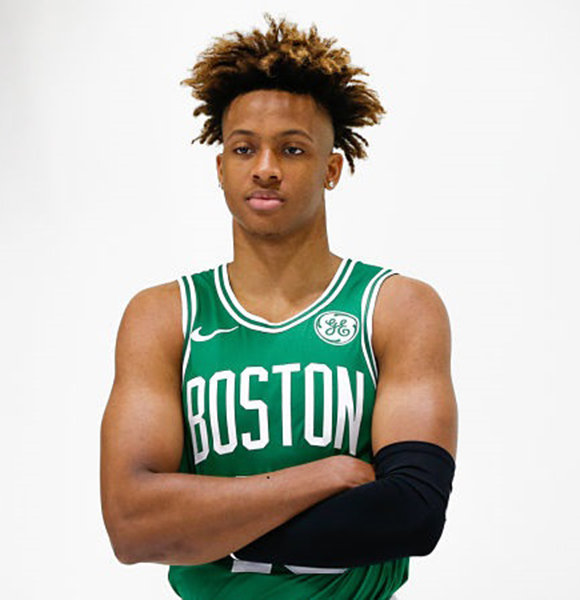 It could not get any better for young shooting guard Romeo Langford who made his dream come true after insuring his spot with the Boston Celtics.

After an impressive run in the high school and college level, Romeo was bound to get picked in the NBA as a five-star rookie prospect.

As prolific as he is with his on-court performances, on the other hand, the Celtics rookie is a tough nut to crack regarding his personal life. He rarely speaks about his relationships and is only seen posting about basketball on his Instagram as well.

All eyes are on the 20-year-old Romeo Langford as he starts off his professional career in the NBA in the 2019-20 season.

However, the fans who are familiar with the player’s capability want to know more about his personal life. Though Romeo does not appear in front of the camera often, people who know him describe him as a very humble person.

His high school ticket holder recalled him standing for as much time as required to click pictures and sign autographs for his fans after the game. Despite being such a down to earth guy, he is not dating a girlfriend.

And rightly so, the New Albany native is entirely focused on his basketball career and is not ready to give up on it so quickly.

Talent does not have any age restriction, and Romeo Langford proved it right. The boy from New Albany is making headlines as he kickstarts his career in the NBA.

At the age of four, he grabbed a basketball in his hand and scored from 12 feet. His sisters, Tiffany and Tisha, teased him for the shot and called it a fluke, but the next time he missed his shot was at the eleventh attempt.

Since then, his parents realized he was an exceptional talent. Further, he joined to play for the New Albany High School and stayed them for four years. In his four years, he led the team to its first state title since 1973. For the same, he was named Indiana’s Gatorade Player of the Year. Not long after that, there was a massive buzz of where the superstar would go onto play his college basketball. However, for Romeo, it was an easy and obvious decision to stay in his hometown and play for the Indianan University.

Just after a year at the college basketball competition, he was selected on the 14th overall by Boston Celtics in the 2019 NBA Draft. Now, the youngster has to bring his best game out if he wants to compete with the big boys.

Interestingly, his height of 6 feet 4 inches (1.93m) and weight of 97kgs have worked to his strength in basketball.