By LRU Writer | On: October 18, 2019
Asian American actor Ross Butler was clueless about his career choice...Unable to make a solid decision regarding...Ross comes from a mixed background and ethnicity. Born to British-Dutch father and Chinese-Indonesian mother in Singapore, he was raised in McLean, Virginia...Sadly, his father passed away... 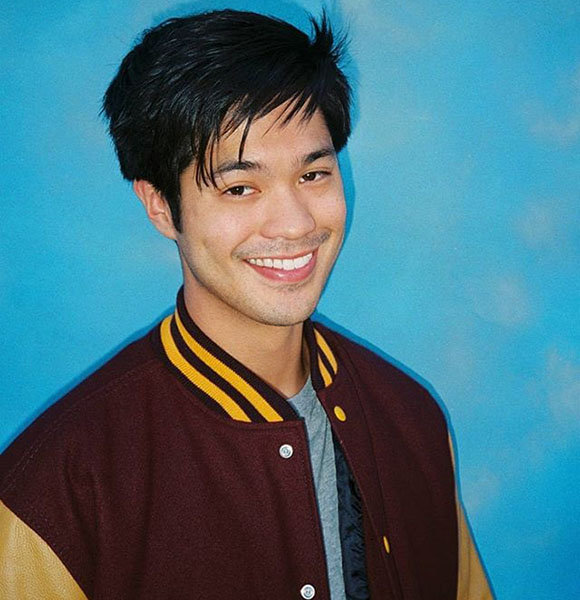 Asian-American actor Ross Butler was clueless about his career choice at first.

Unable to make a solid decision regarding his future, Ross joined Ohio State University as a chemical engineering major. However, one year into his education, he decided the subject was not for him and moved to Los Angeles.

At age 21, he went to his first acting class and eventually booked his debut film, The Gateway Life, in 2012. Since then, there has been no looking back for Ross. Today, he has been part of TV’s biggest shows namely 13 Reasons Why and Riverdale.

Ross’ take on dating is unique. He famously opened up about waiting until his mid-20s for dating in 2018. According to the actor, one needs time to find oneself before including another person in life.

Following this philosophy, Ross decided to focus on his career and self-growth rather than involving in casual dating. The move worked as he was praised for his performance in 13 Reasons Why as Zach Dempsey opposite Hannah Baker (portrayed by Katherine Langford). Ross Butler with Katherine Langford in a still from the TV show 13 Reasons Why (Photo: mtv.com.au)

Since his career is taking shape and at age 29, he sure is ready to find the special girlfriend.

But, Ross is yet to open about his girlfriend in public. Maybe, he is still looking for his ideal match. According to the actor, he is looking for a girl who is interested in his hobbies like video games, guitar, and cooking.

Surprisingly, Ross is still single as he is a catch for any girl. Well, he is a successful actor and a responsible citizen with a voice. Ross has voiced his opinion regarding less Asian American representation and fewer Asian gay characters.

Ross wants more representation of his community, and he wants to be part of that change in the industry.

Ross comes from a mixed background and ethnicity. Born to British-Dutch father and Chinese-Indonesian mother in Singapore, he was raised in McLean, Virginia.

Sadly, his father passed away when he was young, and his mother raised the actor in a family of two. Ross often shares about his late father and loving mother on his social media. He credits his parents’ upbringing for his successful career.

He has indeed made his parents proud. In eight years, he boasts over 20 acting credits. Ross has TV series, namely Chasing Life, Teen Wolf, and K.C. Undercover.

Further, he also boasts movie acting credits with films like Camp Sunshine, Teen Beach 2, and Perfect High. His new movie,To All the Boys: P.S. I Still Love You, is set to release in 2020.

Many might not be unaware, along with his acting talent, Ross’ hair is also a hit among the fans. His admirers go crazy for his full styled head of hair.