Is Lukas Haas Gay Or In Relationship With A Mystery Woman? 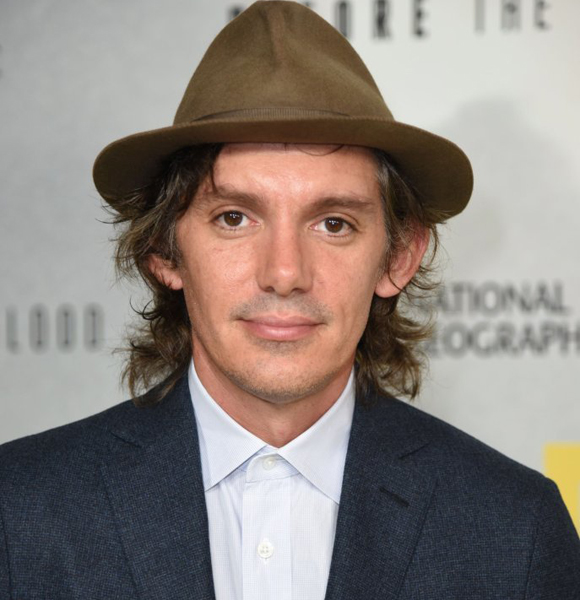 Celebrities have to go through many rumors, and the most common gossips are about their sexuality.

The same can be presumed about "The Revenant" actor Lukas Haas, who has often been speculated to be gay. However, there has been the absence of a partner and active dating in his personal life, making everyone suspicious about his sexuality.

Let’s find out more about his life.

Lukas, age 45, is yet to get married. Therefore, he doesn’t have a partner who can prove that he is not gay. However, he has been in a relationship with "Thor" actress Natalie Portman. He was also rumored to be together with Lindsay Lohan and Aria Crescendo. His dating history did not help him clear his name for being gay. However, rumors about him being gay began to surface more when he started to live with his bestfriend.

Lukas and Leonardo DiCaprio are best friends who also happened to be part of “The Revenant.” However, according to some sources, Lukas lived in Leo’s house for some time leading everyone to suspect them to be more than just friends. It also said Leo was uninterested in women and living with Haas.

As the rumors got serious, Lukas denied being gay and said Leo and him were just close friends.

However, this didn’t clear all the rumors but later was spotted with a mystery woman in 2016, making everyone wonder if she was the one he had been dating.

It was late 2016 when Lukas Haas, along with the legendary actor Leonardo DiCaprio, who also happens to be his co-star in "The Revenant," Nina Agdal, and a mystery blonde were spotted at a beach in Cancun. Leo and Lukas Hass were shirtless, while the other blonde donned a whitish bikini.

Nina was not pictured together but was said to have joined Leo there. Nina revealed her presence as she posted a photo of her in Cancun a couple of days before Leo and the others were seen.

We knew that Leo and Nina were dating then, as per a source who announced,

“Leo seems very into [Nina], he constantly holds her hand and kisses her. Nina seems to enjoy Leo’s company too. She acts very giddy around him. She has great energy and seems to make Leo very happy.”

But who is this other blonde? A possible love mate of Lukas? Moreover, does this blonde thing, ring some bells to you?

Remember Leo, Haas, Roxy Horner (Leo's then choice), and another blonde (could be the same) were spotted out on a double date earlier that same year?

As per a source,

“The entire party was in baseball caps, they tried really hard not to be recognized. Horner didn’t leave DiCaprio’s side.”

So is it possible that Haas might be dating the blonde woman?

Maybe he is, but he has not officially spoken anything about the nature of their connection so no major conclusions could be reached now.

However, to spice things a little bit, they have not been spotted together lately, which adds more to the suspense. Additionally, Lukas has neither been vocal about having a wife, as his little revelation about his personal life points out that he is not married.

Born in West Hollywood City of California, on April 16, 1976, Lukas Haas is an American actor. His Texas-born mother, Emily Tracy, is a writer by profession, while his German-born father, Berthold Haas, is a famous artist.

Haas has two twin brothers, namely Simon and Nikolai. Lucas was said to have been discovered by casting director Margery Simkin at the age of just 5, while the actor was still in kindergarten.

He later went on to be recognized as the star of movies and projects like "The Revenant." "Inception," "Witness," "Red Riding Hood," and plenty more. The success of these and other projects; helped his finances the world of good, and he is known to be enjoying a net worth of $12 million.

About: Ali Stroker Is Married to the Man of Her Dreams

Currently, Lukas was seen in Midnight in The Swutchgrass as Peter. He will be seen in more movies in the coming days.

He has been active on Instagram and sharing cute pictures with his fur baby. We hope Lukas will reveal something exciting to his fans in the near future!

Till then, stay with us for more updates on Lukas Haas.