By LRU Writer | On: February 04, 2019
The amount of money a man has is directly proportional to his chances of wooing a woman into dating him...That being said, NASCAR driver Ryan Blaney has undoubtedly accumulated a significant net worth from his racing career...But, has he been successful in establishing a successful relationship with a girlfriend or even a boyfriend?... While Ryan might come off as a womanizer with his goods looks and pleasant personality, his lovelife may not be as active as fans have expected it to be! 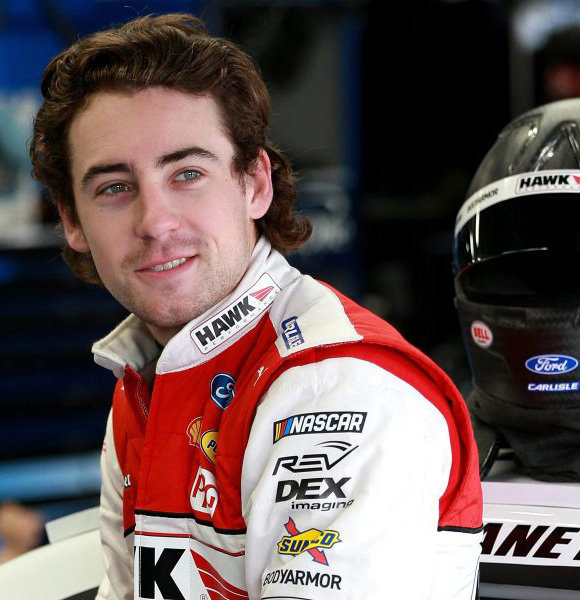 Sometimes, the amount of money a man has is directly proportional to his chances of wooing a woman into dating him.

That being said, NASCAR driver Ryan Blaney has undoubtedly accumulated a significant net worth from his racing career. But, has he been successful in establishing a successful relationship with a girlfriend or even a boyfriend?

While Ryan might come off as a Romeo with his goods looks and pleasant personality, his love life may not be as active as fans have expected it to be!

Contrary to the expectation of many of his fans, Ryan's dating life is yet to take off probably due to his young age of 25.

Nearly seven years ago on 18 June 2012, then-18-year-old Ryan first mentioned of his relationship. Via a tweet, Ryan explained his passive love life revealing that he had no girlfriend at the moment.

Dating Or Single?:- Who Is Dante Pettis, NFL Star's Girlfriend? He Just Can't Be Single

Two more years passed and Ryan was still single with no prospects of a romance. During a 2014 interview, he stated that he didn't have a girlfriend or a wife and often looked up to his mother and his semi-retired racer father, Dave Blaney, in times of distress.

Further, the North Carolina native mentioned that if he was to be a father someday and his children were also interested in racing, he would want his kids to take inspiration from racers like Jimmie Johnson or Carl Edwards or Brad Keselowski.

However, the day when Ryan can call himself a father or a husband is yet to come. Despite not having a significant other to share a relationship, Ryan still has his family to love & support him, and in return, he also showers his parents and siblings with affection.

To Ryan, his parents' marriage of 30 years is a great achievement, and he even congratulated them for the occasion of their 30th anniversary on 30 December 2018.

While Ryan shares a loving bond with his family, he leaves no opportunity to mock his siblings jokingly on occasions. Back in November 2017, when Ryan's sister Emma talked about staying at her parents' house one night, he made fun of her mentioning that Emma always stayed at her parents' house.

Although Ryan came off a little harsh with his comment, in real life, the NASCAR racer and his sibling are close to each other and share an affectionate relationship.

On Ryan Blaney's Net Worth; Stats, Height, Tattoo, And More

Ryan, who started his career as a young child participating in the quarter midget racing, made his debut at NASCAR racing in 2012.

His career stats as of 2019 marks two wins: first in 2017 and the second in 2018. Although his career may not have several victories, Ryan finished in the top 10 and top 5 on multiple occasions. Earning an annual salary of $850000, Ryan has accumulated a net worth of $5 million from his profession as a race car driver.

Despite his medium height of nearly five feet and seven inches, the racer has been successful in creating a fan base which has further helped him in pioneering his own business.

Ryan has a business of selling hats with his name on it, and his entrepreneurship hasn't gone wasted as fans are buying his hats which are often overpriced generally costing over $20.

Ryan, who bought a 33-year-old Ford Bronco car in 2018, doesn't have a tattoo on his body yet but hopes to get someday a tattoo of Darth Vader riding on a burning honey badger on his chest.