By LRU Writer | On: February 05, 2020
Sam Lerner is best known for his appearances in...recurringly appears alongside his YouTuber girlfriend in the Smosh...As of today, the two are still together and celebrated their dating...artist lent his voice for the character Chowder in the 2006 movie...credits in movies and TV shows...at the age of...the height of 5 feet & 9 inches (1.75 meters)...has worked alongside A-listers such... 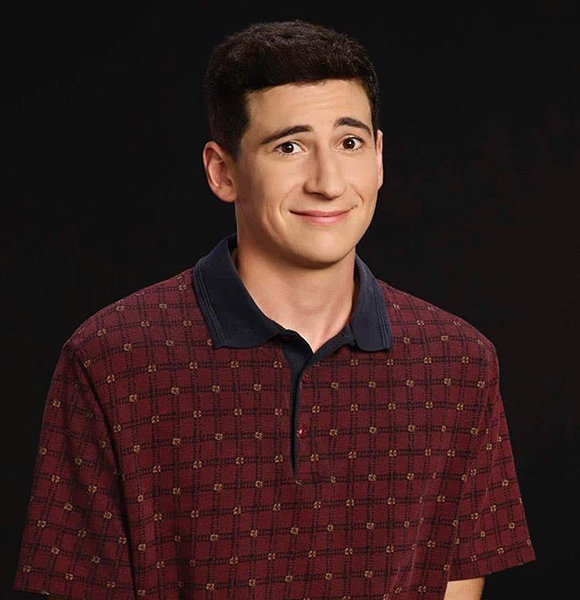 Actor Sam Lerner is best known for his appearances in movies such as Oliver Beene (2004), and Envy (2004). He also worked as a voice artist in the movie, Monster House (2006) that got him nominated for the 2006 Annie Award in the category of Best Voice Acting.

Moreover, over the course of his acting career, Sam has worked alongside A-listers such as Jack Black, Christopher Walken, and Steven Spielberg.

Sam is in a relationship with actress Olivia Sui, who is mostly known for acting in the skits of the highly popular YouTube channel, Smoosh. He met her in early 2018 after being introduced by their mutual friend, Shayne Topp; Shayne is an actor who recurringly appears alongside his YouTuber girlfriend in the Smosh YouTube videos.

Initially, the actor's friend Shayne didn't want him and Olivia to meet. The two were in a different relationship and Shayne believed they were so perfect for another that it would ruin their then relationship. He disclosed all of this at Smosh Pit video titled "OUR FIRST IMPRESSIONS OF EACH OTHER."

As of today, the two are still together; they even celebrated their dating anniversary on 29th April 2019.

Sam was previously in a relationship with Morgan Quinn. She is a dancer based in Los Angeles and represented by BlocLA talent agency. The two started dating back in 2014 but and was last featured in his Instagram post on 20th November 2016.

Sam made his acting debut from the hit TV series, Malcolm In The Middle (2003), where he shared short screen time in an episode titled "Knives Out."

Also, the artist lent his voice for the character Chowder in the 2006 movie, Monster House, and the animated show, The Secret Saturdays (2008). Eventually, in 2011, he landed a major role in the TV show, Suburgatory.

Facts About Sam Lerner Including Age: