By LRU Writer | On: July 04, 2019
Sara Jean Underwood was dating American TV personality...topless photoshoots for the Playboy magazine....started having an affair with comedian... 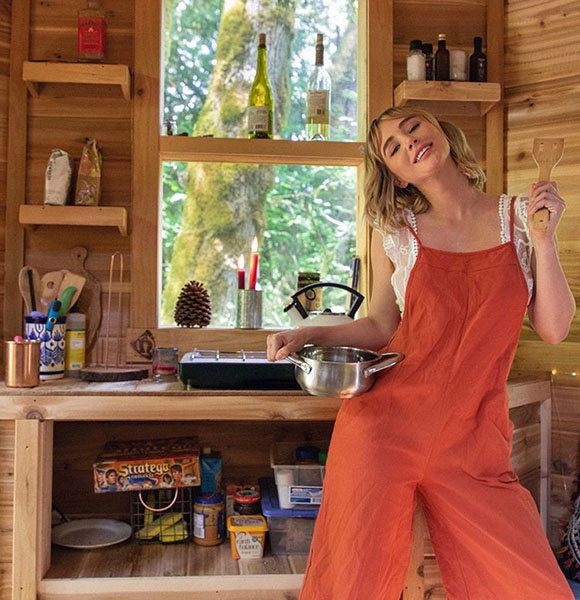 Sara Jean Underwood is an American model and actress.

Ever since she appeared in Playboy Magazine in its 2005 issue, she has become a sensation with above 9 million followers on Instagram alone. Also, she gained significant recognition for being named Playboy's Playmate of the Year in 2007.

Apart from being a model, she has hosted several TV programs, including Attack of the Show. She even did a cameo in films like The House Bunny and Miss March.

The 35-year-old actress has dated several notable figures in the past. There were rumors long ago that she was dating American TV personality, Kevin Pereira. But, the story got neither confirmed nor denied.

Likewise, in 2007, Sara was in a shortlived relationship with the famous auto racing driver, Marco Andretti. However, the circumstances under which they broke up is still unknown.

Meanwhile, her most talked relationship was with TV presenter, Ryan Seacrest.

Ryan Seacrest's Relationship Detail:- Reveals He Got Close To Getting Engaged! Wishes To Get Married Someday

Although they dated for more three years since 2008, their relationship was on and off. And, amid the dating, in 2010, the model started having an affair with comedian Jeff Dye. The incident resulted in her break up with Ryan while her newfound relationship continued until 2012.

Afterward, she started dating The Bachelorette‘s season 6’ contestant Roberto Martinez, but the relation also didn’t show any sign of progress.

The star is now dating a second-grade teacher and cabin builder named Jacob Witzling. He makes a recurring appearance along with her in her YouTube show Cabinland. The pair have been spending quality times with themselves in the woods while also filming their show. Interestingly, they also celebrated her boyfriend's birthday on the 9th of February.

The pair reportedly first met one another in 2017.

Sara was born on 26th March 1984 in Portland at the city of Oregon; three years after her parents - father and mother Kathy Greenwood - married in 1981.

She did her schooling in Scappoose High School and earned a major in Business Marketing from Oregon State University.

Before appearing as a model in Playboy, she worked as a sales assistant and was also a waitress in the Hooters restaurant chain. The actress, whose height is 5 feet and 2 inches (1.5 meters), only started modeling by doing several topless photoshoots for the Playboy Magazine in 2005.

Eventually, she appeared in several films and TV shows, including The Girls of the Playboy Mansion and Bridget's Sexiest Beaches.

As of now, the model has successfully made herself a net worth of 1.5 million.

Her YouTube channel titled Cabinland has also helped her amass a fortune; it has more than 30,000 subscribers. Interstingly, she also uses her social platform to express her support for the LGBTQ community.