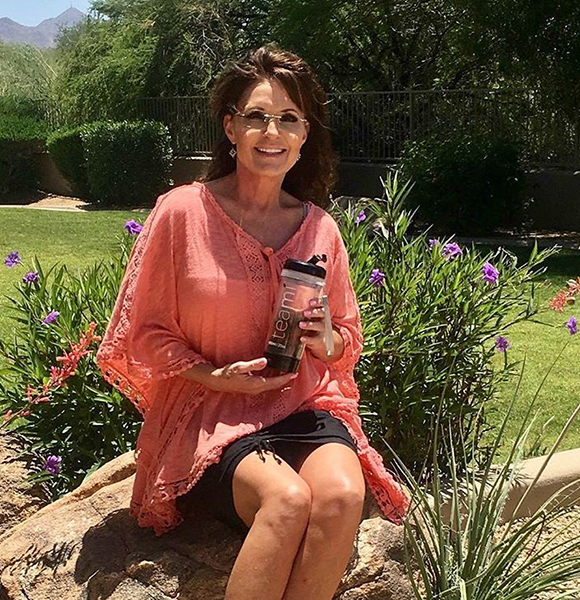 After 31 years of togetherness, Sarah Palin and husband Todd Palin have legally filed for divorce at the Alaska Supreme Court in September 2019.

The couple - who share five children named Track, Bristol, Willow, Piper, and Trig Palin - is taking the big step following a court report, which suggested the reason for seperation as incompatibility of temperament between the two.

The high school lovers shared wonderful memories but had not quite been able to spark love in recent years. To know more about the situation, let's move further.

The Palin family had some pretty nasty series of happening in the past. To start things off, one of her daughters Bristol Palin got pregnant at the age of seventeen in 2008, which put a massive dent in Sarah's presidential campaign.

The 17-year-old was engaged to her boyfriend but did not marry him at that time. The incident fueled a lot of controversies, but the situation was under control later when the two confirmed their plans to get married after a few years.

Know More On The Story:- Dakota Meyer Files Divorce With Wife Bristol Palin After One And Half Year Relationship

While three of her five children are already married, the mother is on the verge of a divorce with her long-time partner. The divorce is finalized, and the two have decided to split their property and assets into equal halves. Also, both Sarah and Todd will get joint custody of their youngest child Trig after the process is fully functional.

Sarah Palin is a Sandpoint, Idaho native, who is known as the US Vice-Presidential candidate back in 2008.

Born as the daughter of Sarah Heath - a school secretary - and Charles R. Health - a teacher and coach, she was raised alongside three siblings.

Ever since an early age, the Republican was actively part of music and sports events conducted in her high school. Parallel to extra activities, she also excelled in studies and enrolled in the Hawaii Pacific University for higher education.

After Sarah's graduation with a degree in Communications and Journalism, her first job came as a sportscaster for KTUU-TV and KTVA-TV in Anchorage. In 1992, her competitive nature drew Sarah to politics.

Counted amongst one of the wealthiest politicians of all time, the former Alaskan governor/vice-presidential candidate's political journey has been filled with books publishment and cable news appearances.

Selected as the successor of the then-presidential worthy John McCain, Sarah looked a bit off due to her inexperience. Despite the massive leap to national politics, she held herself together.

Mustering such a tremendous success, the politician has accumulated a net worth of $12 million for herself.