By LRU Writer | On: January 19, 2020
Sarah Richardson is a multitalented personality...best known as the host and co-producer...is a married woman with a beautiful family...both grew up around the same neighborhood...two daughters...was born on...inspired by her parents to pursue...initially started her TV career...has created multiple shows like...published two books...former columnist for magazines like... 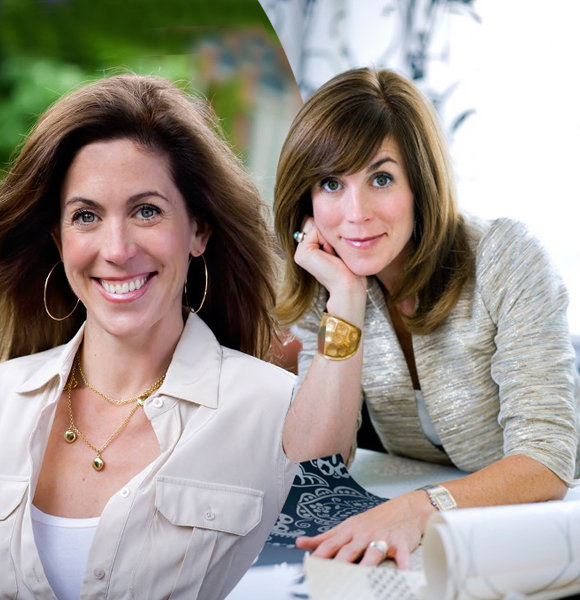 Sarah Richardson is a multitalented personality who has worn many hats throughout her career; she is an entrepreneur, designer, writer, producer, and TV personality.

She is best known as the host and co-producer of the HGTV lifestyle series, where she shares her knowledge and expertise of décor and design with viewers.

Further, she is also an award-winning interior designer known for turning ordinary spaces into magazine-worthy homes.

Sarah Richardson is a married woman with a beautiful family.

She tied the knot with Alexander Younger on 19th March 2005.

Following the wedding, the couple welcomed their first daughter, Robin, in 2006 and their second daughter, Fiona, in 2007. Sarah, her husband, and their two daughters live in an absolutely dreamy house in Toronto, which has also been featured in the HGTV series, Sarah Off The Grid.

He is the president and CEO at Design Lab company that helps it’s clients to grow their market by attracting more customers.

In fact, Sarah’s business is also handled by Alexander’s firm in those departments.

How Did They Meet?

Sarah and Alexander both grew up around the same neighborhood.

They both attended Whitney Public School in Moore Park, where Alexander was in Sarah's older brother’s class.

As they grew up, the two fell in love and eventually walked down the aisle together.

Sarah Richardson was born on 22nd October 1971 in Toronto, Canada.

She was born to Douglas Richardson, a professor of history of art and architecture at the University of Toronto whereas, her mother, Susan Cuddy, was director of design and development for the old City of Toronto.

Sarah was inspired by her parents to pursue a career in art and design. Later, She earned a degree from The University of Western Ontario, London, in Visual Arts.

Sarah had a passion for designing from a very young age. However, she actually gained fame as a designer from her television career.

She initially started her TV career, managing props. In 1996, she did a guest spot on a show called Real Life.

Later, she gathered all the courage and made a proposal for her own show, Room Service.

Another Famous Designer:- How Much Is Kelly Hoppen Net Worth? Facts About British Interior Designer