By LRU Writer | On: January 04, 2019
German F1 racer, Sebastian Vettel and his girlfriend romance trace back to their childhood...A loyal partner, the racing car driver has been faithful towards his girlfriend, and in return, she has rewarded Sebastian with a family...But does the couple ever intend on getting married or are have they already exchanged the wedding vows?... With a luxurious life and family, the couple may not have much need for an official ceremony; however, they could be planning a future wedding! 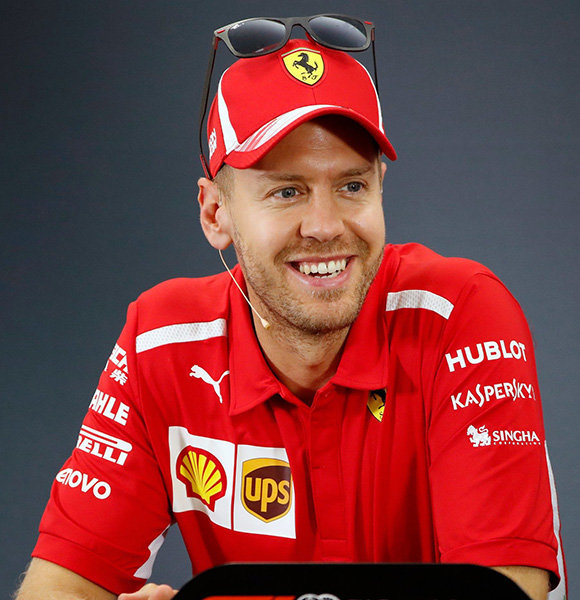 German F1 racer, Sebastian Vettel has a romantic relationship that traces back to his childhood. As a loyal partner, the racing car driver has been faithful towards his girlfriend, and in return, she has rewarded him with an adorable family.

But, does the couple ever intend on getting married or are have they already exchanged the wedding vows? With a luxurious life and family, the couple necessarily may not need an official wedding; however, they could be planning a future wedding anytime soon!

Family Of Four With Childhood Sweetheart; Plans On Getting Married?

Sebastian is in a relationship with his partner of years, Hanna Prater. The couple met during their schooling years in Heppenheim Middle School and soon started dating.

Don't Miss:- Rebecca Dalton's Bio: Her Age, Racer Boyfriend and Her Instagram Filled With Dating Affairs and Her Lifestyle

Post their graduation, Sebastian moved to Switzerland while Hanna remained in Germany. Despite the distance, the pair kept their bond alive. By 2010, the F1 racer even bought a home in Switzerland and invited his girlfriend to live with him. With bliss, they resided together and built a family. Before giving birth to their first kid, Sebastian was rumored to have married his girlfriend in 2014. But, the speculations were falsified by the pair in 2017. Sebastian and his wife-like-partner believe an official ceremony which pronounces them as "husband and wife" is not necessary. They have publicly admitted not to have any desires to adapt to the norms of society.

Discover:- Brad Falchuk & Girlfriend Soon To Get Married, Inside Her Wedding Plans

With all their love, Sebastian is maintaining a happy relationship in his family of four. He along with his girlfriend and children currently reside in Switzerland, but their house address has been removed from Google Maps for privacy concerns.

In March 2018, Sebastian, a born Christian by religion, became a character of hilarious memes, all because of his new haircut. He tried on a new look for the season-opener in Melbourne, but his looks garnered nothing but laughs. The fact is, his haircut went to have likeliness with the dictator of North Korea, Kim Jong-un. Not only that, but his haircut was even compared to the Marlboro logo.

Sebastian Vettel was mocked for resembling the haircut of Kim Jong-un (Photo: TheSun.co.uk)

Though Sebastian got mocked for his haircut, he has impressive physical features. He, at the age of 31, stands at the height of 5 feet and 9 inches (1.75 m) which is just an inch less than the average German's height; i.e. 5'10".

You May Also Like:- What Is Brett Kavanaugh Religion? Did Allegation Tremble Wife Relationship?

Apart, from just appearance, he also has an alluring net worth. Considered one of the wealthiest F1 drivers according to a report published by Forbes, Sebastian proclaims a net worth of $100 million. He ranked 1st on the list of highest paid Formula 1 racers in 2017; with a salary amounting to $60 million.