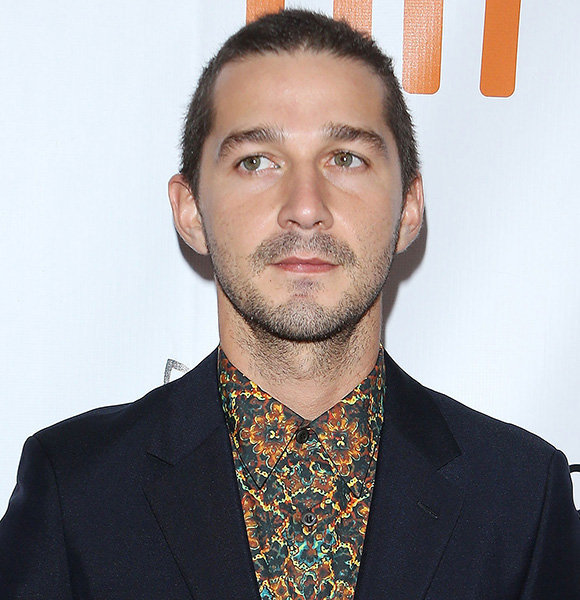 Shia LeBeouf and his reported wife Mia Goth are getting a divorce!

Shia LeBeouf and his longtime girlfriend who is said to be his wife are drifting their way after being married for two long years. A source closed to the couple told E!News:

"Shia and Mia have filed for divorce.  The separation is amicable and all details pertaining to the divorce proceedings will remain private."

The couple first met in 2015 while shooting for the movie, Nymphoniac and since then they were dating. After a year of long dating life, the couple got engaged in March 2016 following their wedding in the same year. The speculation about their wedding started to make headline after Shia and Jason Clarke's Everest co-star Mia Goth eloped to Las Vegas in October 2016. And soon the Transformers actor confirmed their married life while attending the Ellen DeGeneres show on the same month.

A close friend of 24-years-old British actress stated to DailyMail that the actress had ended her relationship with Shia several months ago.

"She has told her friends that she can't take any more. When he was preparing for a part, Mia would keep away from him and move out because his rehearsals were so intense."

Even before tying the knot the couple was filmed to have a stormy conversation in the streets of Berlin, Germany. In the recorded footage, the actor was shouting at his soon-to-be-wife:

"I don't wanna touch you. I don't wanna be aggressive. This is the kind of s--t that makes a person abusive."

After this, the couple were not together for the two months but later reconciled. But this time, it seems they are not in the condition to reconcile their relationship.

Don't Miss:- Transformers Director Michael Bay a Gay Man? Or An Un-Married Still in The Lookout For A Girlfriend?

While his married life is on the stake, the Even Stevens actor is dating the British singer FKA Twigs. Twigs, whose real name is Tahliah Debrett Barnet, is the ex-fiancee of Robert Pattinson. The new love-bird, who first met on the set of Honey Boy in earlier 2018, made their first public appearance as he was spotted leaving the Twigs' London home to buy the groceries at a local store.