By LRU Writer | On: January 07, 2021
American model and Instagram star, Sophie Mudd has amassed millions of followers and net worth at a young age of......Her wiki suggests her body measurements and height as...... While she is open about her dating life and boyfriend, she has shared a few details of her parents and family...... 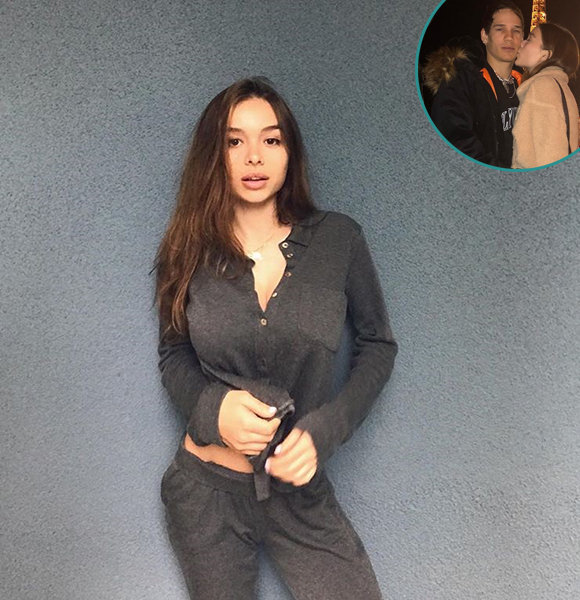 American model Sophie Mudd made a name for herself and became a crush of many with her jaw-dropping pictures on social media.

With over a million followers on her Instagram, she reached a different height in her career, which showered her with sheer popularity. While she shares the beautiful pictures, her recent family pictures are nowhere to be found.

However, her social media speaks all about dating life, flaunting her romance with her boyfriend!

Here's the wiki of the 22-year-old social media star, along with her family details and dating life.

American model Sophie Mudd, who is enriched with the media limelight at the young age of 22, has successfully managed to divert her family's attention and confine it to herself.

Born in the United States in 1998, Sophie Mudd celebrates her birthday every 27th of July. She grew up along with her brother, Nicholas.

She shared her first Instagram post of herself in November 2013 at The Sparkle Factory in Los Angeles.

Despite her popularity, she lives with her parents in peace as she has divulged the media attention away from her family life.

Though she has not mentioned much about her parents, she appears to be firmly attached to them. The Instagram star occasionally shares a glimpse of her family life on social media.

Sophie is her mommy and daddy's little girl. She gushed about her special bonding with her parents on 15 May 2017, sharing a childhood picture and her mother in which she thanked her mom for being the BFF. Sophie Mudd, with her mother during her childhood days (Photo: Sophie Mudd's Instagram)

Similarly, she is grateful to her father for his love and affection that has helped her grow into the person she is today. On Father's day 2017, Sophie Instagrammed a collage with the childhood memories of spending time with her father. 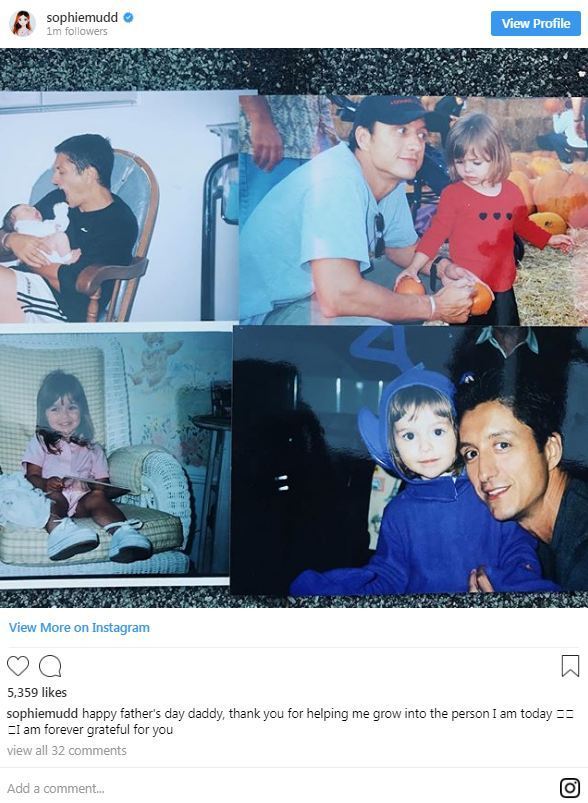 As of her parents' latest post, she shared a picture with her mother on her Instagram and captioned the picture: mother goose.

The mother and daughter seemed to be taking a walk on a golf course, enjoying the beautiful sunset.

Well, Sophie, who has not disclosed her net worth, is still in a dilemma whether or not to share the glimpses of her brother. But aside from her family life, she also happily features the love of her life in her Instagram.

Sophie holds a strong social media presence with her regular jaw-dropping pictures. She has garnered more than 2.1 million followers on Instagram, and with her hot photos flaunting an incredible body figure, it's hard for people not to get filled with lust.

The stunning beauty has been dating male model Austin Dash since mid-2017. She announced her relationship by posting a glimpse of Austin on 19 June 2017, whereas her boyfriend had started featuring their romance since 1st June 2017 on his Instagram.

Similarly, on her boyfriend's birthday on 12 July 2017, she Instagrammed an adorable picture alongside him while calling her lover "bear." Sophie Mudd, with her boyfriend, Austin, on his birthday (Photo: Sophie Mudd's Instagram)

The young couple usually flaunts their adorable love life on social media. For the occasion of National Boyfriend Day on 4 October 2017, she Instagrammed some beautiful memories of the pair while writing that her boyfriend made her the happiest girl.

Not only Sophie but her boyfriend also boast about their romance. On 28 July 2018, Austin shared a beautiful picture with his model girlfriend. Well, this might have made her fans think they are not together anymore; however, that is not true.

Austin came as a savior to such speculations. He still timely posts pictures with her, clarifying that they are together, and their relationship is going better, if not good.

His birthday wish to Sophie showed how much he loves her. Take a look at the post-Austin shared on his Instagram on 28 July 2019.

It's been more than 2 years that the couple is together, and with each year passing by, the love for each other seems to be growing even stronger.