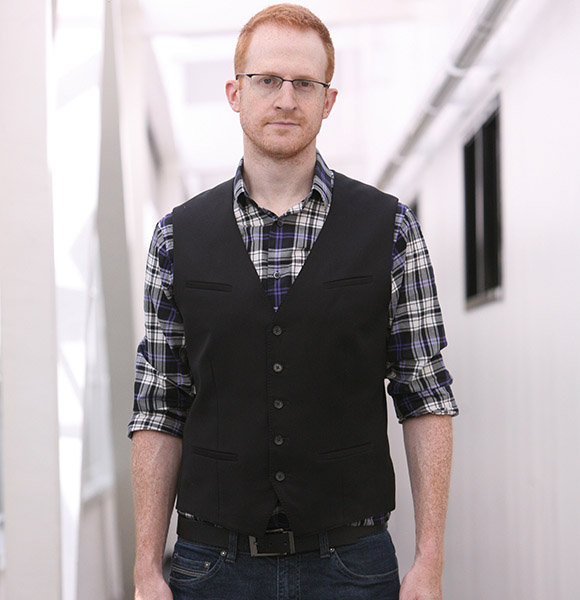 Famous for producing Fox Network’s standup TV show titled Laughs, Steve Hofstetter is a standup comedian himself. His recurring comedy routines which feature owning hecklers has become one of the selling points in his career.

Moreover, the comic has three comedy albums to his credit, including Cure for the Cable Guy and Steve Hofstetter's Day Off.

Besides working as a performer, Steve has also written and directed TV shows such as Hofcast and Steve Hofstetter: Ginger Kid.

Steve - height 6 feet and 4 inches (1.93 meters) - was born on 11th September 1979 in New York, USA. His father Martin H. Hofstetter and mother Ellen A. Jaffe separated on legal terms when the comedian was only 15 years old.

While such family tragedies can have adverse effects on kids, it turned out to be opposite for Steve. After the divorce, he started to spend more time with his father, who worked as a lab technician and performed several other jobs.

Likewise, his dad had a significant impact on Steve as Martin introduced his son to comedy icons such as Dick Gregory and Bill Cosby. As a result, it had a substantial effect on his career choice in the future.

Sadly the 40-year-old comedian’s father died peacefully in his sleep in 2004. Devastated by his dad's death, Steve took to Facebook to seek consolation from fans.

The artist was previously married to Sara Tenenbein, an MIT graduate podcaster. He first came across Sara through a dating site, and she immediately caught her attention. Soon, the two clicked with one another on the dating platform and decided to go on a date.

However, at first, Sara had second thoughts about being his girlfriend due to his comedy career. But, intrigued by his well-written and humorous profile on the site, she changed her mind.

Likewise, after dating for 51 days, Steve proposed her at the Lido Beach after which the couple got engaged. Eventually, on 19 December 2010, the pair said their I do's at the Jumeirah Essex House Hotel in Manhattan. The couple stayed married for almost six years and divorced in April 2016, after things didn’t work out between them.

Interestingly, right after their divorce, his wife started dating producer Daniel Persitz. So there’s a probability that Steve and Sara's differences arose after his wife began to fall for another man.

The standup artist accumulates income from various line of works due to his fame as a comedian. His self-titled YouTube channel is almost close to reaching five hundred thousand subscribers already.

His net worth hasn’t been disclosed in exact figures, but his 2019 tours across several parts of the USA provides him with impressive paychecks.