By LRU Writer | On: March 28, 2019
Sydney Park of Mixed Ethnicity Shares Dating Concern at Young Age. The actress Sydney Park who is one-third each of Korean, African, and American by ethnicity is very vocal about her relationships. Much like her striking ethnicity, the actress has exciting dating affairs and dating concerns at the age of 20. 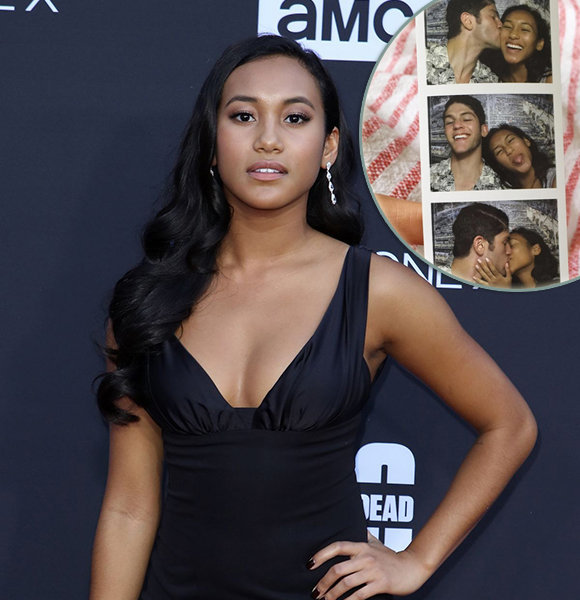 One does not have to be of a specific age to be in love. People can fall in love anywhere and at any time. Love seeks no validation nor is it affected by age.

We are here to talk about the actress Sydney Park who is one-third each of Korean, African, and American by ethnicity. Much like her striking ethnicity, the actress has exciting dating affairs and dating concerns at the age of 21.

There is no age limit to love: it can happen to anyone and anywhere. While some celebrities keep their love life and dating concerns to themselves, there are a few who are very vocal about it. Sydney Park fits the latter scenario as the 21-year-old has quite extravagant dating affairs.

Sydney Park is widely known for her role as Piper in the Nickolodean movie One Crazy Cruise, and it was around the time when the film hit the theaters that the rumors of her dating her co-star, Rahart Adams, started floating in.

It has not been revealed when the duo started seeing each other, but she made her relationship public by sharing a cute picture of the two with her fans back in 2016. Sydney shares a photobooth picture of her with Rahart (Photo Credit: justjaredjr.com)

But that relationship was not long-lived, according to sources, though neither of the two announced their breakup.

Soon after that, the actress was linked with Ryan Potter, the voice behind the Hiro Hamada of Big Hero 6. But, the duo never made their relationship public.

With the on-going rumor of the two dating, fans took notice of Syndey and Jace Norman innocently flirting with each other on social media. There was a reason behind the on-going rumor. It all began after Sydney posted a sexy picture of herself on her Instagram, which she later removed, and Jace commented on it.

To the beautiful and bold picture of Syndey Park, Jace made a short, yet sweet, comment that prompted Sydney to reply with a heart emoji.

But, that flirting was only limited to a social media encounter because there was no further evidence to prove if the duo was dating. Meanwhile, her relationship with Ryan was put to end in 2017, and much like her previous relationships, neither Ryan nor Sydney confronted on that matter.

New Man In Her Life

Sydney teased her fans about her new boyfriend when she posted a picture with a cryptic caption about the photo being her beau’s choice. Her ardent admirers went into a meltdown wondering who stole the pretty lady’s heart.

Finally, on 12th January, she revealed the new man in her life. Well, the man in question is the football star, Nat Berhe. Nath, nicknamed The Missile, he was drafted in the fifth round of the 2014 NFL Draft by New York Giants. Outside the football field, Nat is the best boyfriend ever! Well, he continues to support her girlfriend in all her acting endeavors.

On 16th March 2019, he went to the Pretty Little Liars premiere with his beautiful girlfriend and was her number one supported. Gushing about his boo, he mentioned how proud he was of Sydney’s hard work for the project.

With such strong bond maybe the couple will go the long haul and get married after seeking the blessing of their parents and family members, who knows? Only time will tell.