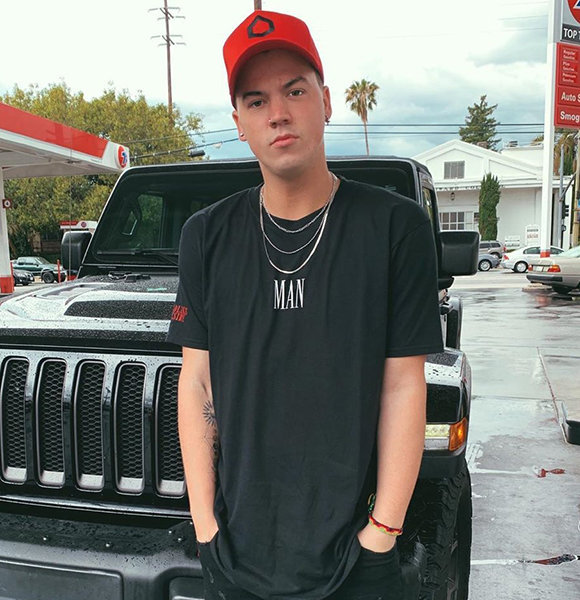 Internet sensation Taylor Caniff's foray into social media began in 2012. Within a year, he went viral with his very first content on Vine.

Capitalizing on his celebrity status, the Princeton, Indiana-native used social media to further his musical career. In 2015, he dropped the music video for his single Cash On Me.

Recognized for his signature bandana tied around his forehead, Taylor is a heartthrob at heart. Read along to learn about his romantic life, dating status, and more!

For years Taylor bemoaned about wanting a girlfriend on Twitter. His prayers got answered when he met Carolina Samani.

Taylor and his girlfriend Carolina first swirled dating rumors in March 2019. The former had shared a photo of the two vacationing in Tulum, Quintana Roo, Mexico.

By April 2019, it became clear that the Vine sensation and the Instagram model were an item. That month, the lovebirds attended the Coachella Music Festival as a couple. Taylor even gave Carolina the tag of a wife. With every passing month, Taylor and Carolina dating life deepened. The future looks all the more enjoyable for the pair. A model by trade, Carolina boasts over 46 thousand Instagram followers as of July 2019.

His YouTube stats are also equally impressive. With little under 400 thousand subscribers, his self-titled channel racks in anywhere from $25 to $405 in yearly earnings.

But, by no means, Taylor's meager YouTube earnings reflect his reported $2 million net worth. His primary stream of income is from the sales of merchandise, which he promotes via social media.

Recommended:- What Is Jerome Jarre Net Worth & Is He Gay? Dating History Reflect

A savvy businessman from early on, the Magcon Boys affiliate bought his first property in Las Vegas in 2015. He was 19 at the time.

Taylor was born in 1996 in Princeton, Indiana. A well-traveled individual, he has also spent time in Texas and Greencastle, Indiana.

The former Vine sensation celebrates his birthday on 3rd of February every calendar year. Rapper Daddy Yankee and Instagram model India Love are fellow Aquarius whose birthday falls on the same day as his.

In high school, Taylor excelled at everything. As a sophomore student, he dropped out and began taking online classes.

Discussing his family: the social media sensation is one of three children born to his parents. His three siblings - Tristen, Kellie, and Jordan - were a regular fixture on his Vine videos.

His father, Kevin Caniff accidentally had run a young Taylor over with a car. After undergoing surgery and physical therapy, he was able to walk again.