By LRU Writer | On: March 03, 2021
At the age of 54, the Ceo of Apple Inc came out defining his true sexual orientation to the world. After inspiring millions to be who they are still do bigger things in life, Tim cook has embraced his true self and has been proud of who he is. But till the age of 58, Cook hasn't spilled beans about his boyfriend.......... 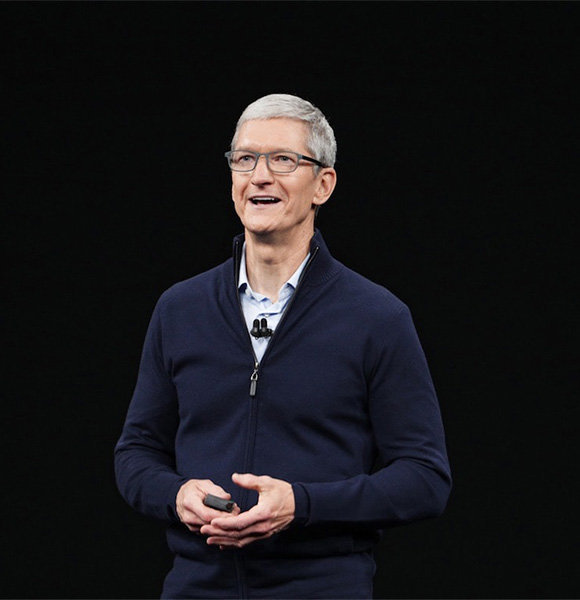 The guy, who mastered industrial engineering, and gained a permanent stand in the business world, Tim Cook, is looked upon as one of the famous business icons of today.

The current CEO of the world’s biggest company Apple Inc., Tim, walking down the steps of Steve Jobs, has inspired millions through the revolutionizing technology, but more with his own personal story.

Keeping his sexuality away from the public despite getting bombarded with questions, Cook finally showed his true identity to the world after coming out from the closet.

With his one gesture in embracing his raw identity, he has communicated one biggest message to the entire world, “Be proud about who you are!”g

Apple CEO Coming Out As Gay: "Being Gay Is God's Greatest Gift"

Being born to a family who wasn’t rich enough to buy him a typewriter, Tim was one of those people to build his own identity by himself. After getting a master’s degree from the Duke University and being appointed as the CEO of Apple, Cook rewrote his life in a different language.

Owning the Multi-billion company, Cook got his spot in the list of world’s richest typhoons. But it was just recently that he earned a different title. It was after his coming out on October 20, 2014, that he became the first person at Fortunes 500 company to come out publicly as gay.

After years of getting questioned about his sexuality from the public sphere, and receiving piles of inbox from teenagers suffering from the same crisis, he chose to bring his true self to the world and let others connect to his story. The same year, he openly commented about his sexuality in the CNN’s exclusive interview reporting:

"I'm very proud of it. Being gay is "God's greatest gift to me,"

The Apple CEO then continued saying that coming out has helped him significantly and taught him many things in life. He reportingly said that he developed a level of empathy towards other people and felt a deeper connection to those people who were in a similar circumstance.

"I learned what it was like to be a minority, the feeling of being in a minority gives you a level of empathy for other people who are not in the majority."

Kids and other adults who are still constantly battling their inner self and suppressing their true identity in fear of other’s opinion was inspired by Cook’s story.

He reported in the Bloomberg Editorial saying that:

“Where I value my privacy significantly, I felt that I was valuing it too far above what I could do for the people,”

“I wanted to tell everyone my truth. Many people already know. For many people, it was no revelation. It’s like discovering something on your iPhone it’s always done but you didn’t quite know it.”

The Apple master who has developed  “the skin of a rhinoceros” and fought through all the prejudice has no doubt stood as a pure exemplary for the entire queer community.

Cook’s Boyfriend Still Unannounced: No Marriage Signal On The Way!

Coming out is the only thing that the Mobile, Alabama native has brought to public’s attention.

Despite that, he still chooses to carry out his personal life under the wrap. With constant support for gays, lesbian and the queer community, there isn’t any hint about Cook’s partner whatsoever.

In August 2015, when the Apple owner was interviewed by John Chambers, he was quite wordless when the topic popped about marriage. He sent out an immediate remark saying:

"I can't talk about marriage much." But he did know that it takes two partners to form a relationship. Being open about his sexual orientation, Tim still has not given anyone any clue about his potential boyfriend or partner.

It just makes it obvious about his current single relationship status and gives a bigger picture of the CEO still in search for his husband at the age 58.