By LRU Writer | On: January 20, 2020
Tinashe Kachingwe is an R&B singer...she was a former group member of the band...her parents are...Tinashe has a net worth of...her height extends to 5 feet 5 inches (1.65 meters)...she was dating...her boyfriend...They started dating around...The singer was also linked to...American by nationality...at the age of...the confirmation of their relationship... 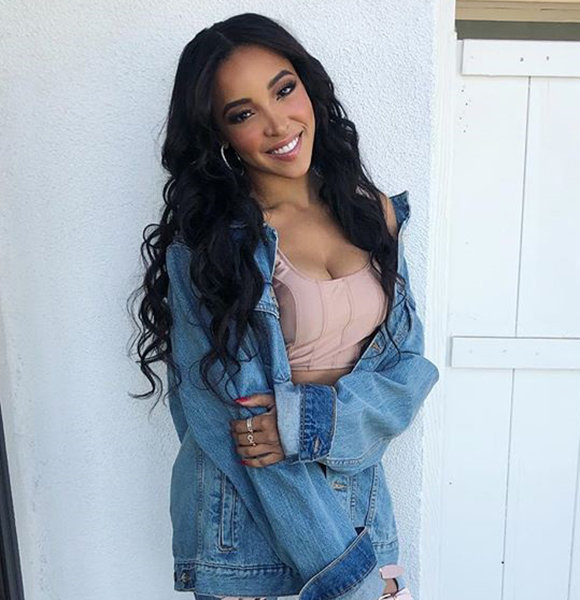 R&B singer Tinashe Kachingwe began her music career as one of the group members of the girl band, The Stunners, before embarking on a solo journey.

After leaving the band, Tinashe released two critically acclaimed mixtapes: In Case We Die (2012) and Reverie (2012).

Further, in 2012, she signed with RCA Records and released her debut solo album, Aquarius, in 2014.

The singer is currently single, with no rumors of her seeing anyone in particular.

However, she has been romantically linked with a number of guys, including Ben Simmons, Calvin Harris, and Ty Dolla Sign, in the past.

Her last known relationship was with NBA player Ben Simmons. The pair started to date each other around November 2017. But they only made their relationship official in March 2018.

However, Tinashe and Ben broke up soon in May 2018.

Following that, Tinashe was rumored to be seeing Donovan Mitchell while Ben started to date supermodel Kendall Jenner.

They were rumored to be in a relationship in 2016.

The singer was also rumored to be dating Ty Dolla Sign around 2015. But the confirmation of their relationship never came; both of them stated that they were just friends.

Age And Some Interesting Facts About Tinashe Kachingwe

More About Basketball Player Black Griffin:- Blake Griffin - The Dating Affair Of The Young Athlete Who Has The Most Desired Woman As His Girlfriend