Trevor Jackson Says He Is Too Busy to Be Dating 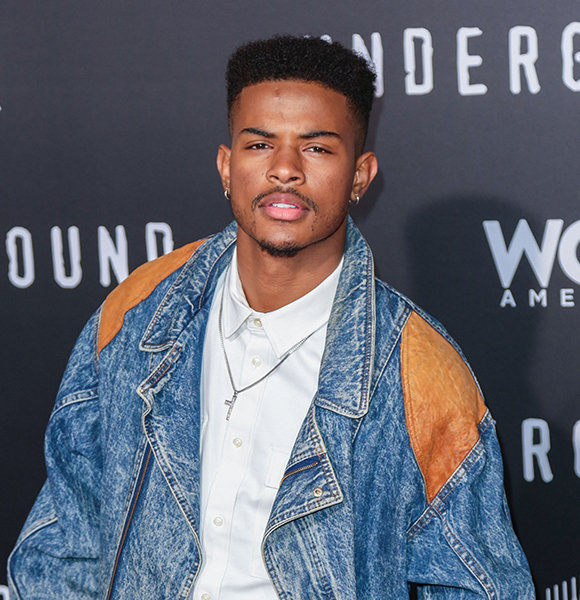 "Success is no accident. It is hard work, perseverance, learning, studying, sacrifice and most of all, love of what you are doing or learning to do." Pele

Well, the love for the craft that one indulges in is the key that drives you further to vest your hard work and time to proceed further.

And, by the looks of it, Trevor Jackson, an American singer, actor, songwriter, and dancer, is doing the same.

He is busy building his career further and seemingly hasn't spent time dating a girlfriend. However, the young talent is open to a relationship if it stumbles upon his way.

Do you want to know his thoughts on a dating relationship amid his busy career schedule? Read through!

Trevor Jackson Hints on Being Open to a Relationship!

Love requires time being vested in nurturing the relationship, which is why people don't jump into it immediately.

Trevor Jackson also falls into a similar category as he takes his time with his career before flaunting a romantic union with his perfect girlfriend.

Explore: Robb Wells's Relationship with Jeanna Harrison! Are They Dating?

Amidst the budding rumors of Trevor and Zendaya Coleman being in a relationship, Trevor opened up, gushing about them being good friends while also bringing to attention that he is focused on his career.

He further hinted at the possibility of him dating in the future, saying, 'If it happens, it happens.' Trevor expressed,

"We're just so focused on everything going on [in our careers], that wouldn't even be possible right now. But you never know. If it happens, it happens,"We talk to each other about relationships and different things, but we're really close and I don't want to lose that." Despite wishing each other on Valentine's day, the day dedicated to love, fans were disheartened to know that Zendaya wasn't Trevor's girlfriend,

However, in an interview with Vogue, Zendaya shared her secret relationship with the man from 2012 to 2016, referring to him as her "first love." She didn't name anyone, but many speculated that she was referring to Trevor.

Further, Trevor was also rumored to be dating his co-star, Yara Shahidi. But in an interview with YFM's The Hot Seat on Y, Trevor cleared that Yara was like his sister and they were not dating each other.

Learn About: Maitreyi Ramakrishnan's Boyfriend Revealed? Who Is She Dating?

Maybe he is in search of a perfect girlfriend. In an interview with NICOLE, Trevor shared what he looks for in a girlfriend.

Along with the confirmation of him not dating anyone at the moment, it might have come forth as good news to the fans of Trevor, who fantasize about dating him!

Even though he does not have a partner, he is still close with his family.

Trevor Howard Lawrence Jackson was born on August 30, 1996, to parents Cam Baxter and Kevin Jackson. He grew along with his sibling, older brother, Ian, in his family and had utmost love for all of them.

Know More: Kyliegh Curran's Family Life- How Her Parents Helped Her Be a Star

Trevor is very close with his parents as well as his brother.

On the occasion of mother's day, Trevor shared an image with his mother, Cam, and thanked her for being his motivation. Trevor believes that he resembles his dad, which subsequently shows the love and respect he has for his father.

Additionally, did you know that Trevor hails from a family with a basketball background? In an interview with Vibe back in 2014, Trevor stated that he still plays basketball to get his mind off everything, but his interest lies in music.

"I come from a basketball family. My dad still says, “Trevor, are you sure don’t want to play basketball? You can play in college and go to the NBA!” But I did play. Tap dancing and basketball started at the same time and when I was eight I just kind of made the decision that entertainment was really where I wanted to be. Every time I’m ever in L.A. if I have anytime off—which is rare—I’ll go straight to the basketball court and play. That’s a way for me to escape and get my mind off everything. I’m so competitive so if I’m playing basketball, all I’m thinking about is winning."

Through a tweet, Trevor gave insight into how he spent time with his elder brother, Ian, while he was home during his spring break.

It's every sibling's goal to gel upon a favorite sport. Showing off their bond, they never miss to post and wish each other on National Sibling Day.

Stay with us for further updates on Trevor Jackson!