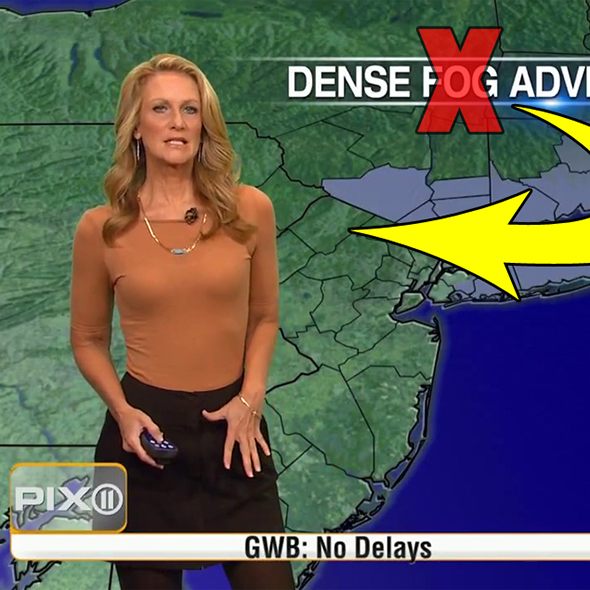 Sometimes love happens twice, sometimes with the same person. And after a series of makeup and breakup, they choose to move on.

Such is a love tale shared by the meteorologist of PIX11, Linda Church, with her husband. The couple who decided to tie the knot after realizing their love for each other called an end to it and went their separate ways.

Now a retiree, Linda chooses to spend her life going out on adventures vacations and sharing her vacation tales with her followers.

Linda, who was once a sensational reporter at PIX11, was married to her former husband Jim Dolan twice. Jim is a reporter for Eyewitness News for WABC-TV in New York. Wife Linda and her husband Jim’s first marriage didn’t go quite as they expected, and they got divorced. Although during their first divorce, there were no rumors about both involved in any affairs.

After the divorce, Linda's husband Jim stayed in the same building where Linda lived but in a different apartment so that he could be close to his family.

Maybe, Jim living close to Linda was the reason behind her marrying him again. Although, the couple ended up getting a divorce.

The ex-husband and wife have two children together, daughter Colleen Dolan and son Paul Dolan.

Both the children are grown up now. Here are some pictures of Linda and her children on her Instagram account. Linda uploads a picture of herself with her son sailing in the water (source: Instagram)

Linda is now single, and there is no rumor or information available about her being romantically involved with anyone. The same is applicable to Jim, as no news about him dating anyone is currently available.

Both have decided not to reveal the cause of their divorce. Ans we respect their privacy.

Linda Church was born on June 12, 1960, and currently ages about 62 years old. Having a seal from the American Meteorologist Society, Linda joined the University of Florida as an undergraduate, followed by the University of New Haven to do her graduate studies.

She started her journey in the journalism field as a weather anchor at WCJB-TV in Gainesville, Florida, during which time, she worked at stations in places like Cleveland, Ohio, New Haven, and many others.

She then started working as a weather anchor for the WPIX, which she joined in June of 2000. After her two-decades-long contributions to PIX 1, she has finally said her goodbye to her job and left her meteorological self behind.

Linda had bid her farewell to PIX11 earlier in 2017. In addition, she had announced her retirement on her social network on January 27, 2017.

Her unforgettable contribution as a meteorologist for the Emmy Award-winning PIX 11 Morning News forever shall be remembered.

But life after work has been fascinating to the reporter as she is seen living some of the glorious times of her life that she shares with all of us through her social media. Linda sharing a picture of her vacation down the Turks and Caicos Island (source: Twitter)

The weather reporter tweets about how she is spending some incredible momentS getting out of the mundane and joining the exciting vacations down to secluded islands and beaches.

She has also been going to a lot of charity programs beyond dipping herself in the adventures.