Is Vanessa Hudgens Dating After Split With Austin Butler?

By LRU Writer | On: January 22, 2020
Vanessa Hudgens is an actress famous for her role in High School Musical (2006)...She was dating her long-term boyfriend Austin Butler from...The pair first met on...Vanessa and Austin decided to split in...The actress was born on...with her parents...and her sister is also an actress... Vanessa stands at a height of...her ethnicity...while her nationality is...at the age... 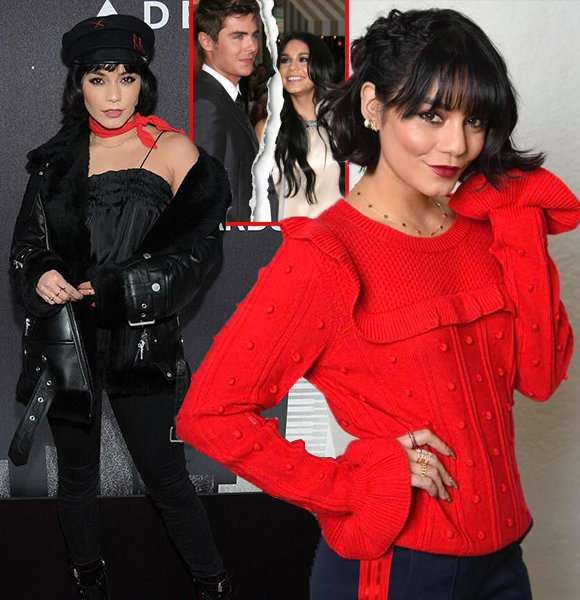 American actress Vanessa Hudgens- who is best known for her role in Disney's High School Musical- first started to appear in musical theatres when she was just eight years old. She played several roles in local musicals before traveling to Los Angeles to pursue a career in acting.

Apart from acting, Vanessa is a singer too; she released her debut album titled V in 2006, which was a certified Gold.

Vanessa also served as a judge on So You Think You Can Dance in 2017.

The actress was in a long-term relationship with her boyfriend, Austin Butler, before calling it quits in January 2020. The now ex-flames first met on the sets of 2006’s High School Musical and became friends.

However, the rumors of them dating each other sparked only in September 2011; Austin was caught leaving Vanessa's house in Los Angeles.

Further, in February 2012, the couple made their first red carpet appearance together, which was enough to prove that the rumors were true after all.

Vanessa and Austin then became a power couple and were spotted everywhere together. As a couple, they attended the 2012 Coachella and Venice Film Festival.

Also, in December 2013, Vanessa made their relationship Instagram-official with a group picture with her friends that also included Austin. From then on, the actress continued to post pictures with Austin frequently.

After that, their engagement rumors swirled in December 2017 as Vanessa posted a selfie on Twitter, showing off her new haircut, where she was seen wearing a ring on her ring finger. But, the actress soon discarded the rumors by revealing that it was not an engagement ring.

Everything was going well as they continued to make appearances together like the 2019 Vanity Fair Oscar Party, 2019 Coachella, the 2019 Unicef Summer Gala, and many more.

It was on Halloween 2019 that Vanessa and Austin posed together in their Halloween costume; it was the last post where they were seen together as a couple.

Later, on 14th January 2020, Us Weekly reported that the couple had decided to call it quits. The reason for their breakup was reported to be their busy work schedules which made them stay apart for months and enter a long-distance relationship.

Spotted with Kyle Kuzma After Splitting With Austin

Vanessa is already moving on from her split with Austin. And she has chosen to deal with the separation by going on a date with another handsome guy, Los Angeles Lakers’ star ballplayer Kyle Kuzma.

The actress and the basketball player were seen having dinner together at a fancy Italian restaurant at Lilia in Brooklyn, New York on the 21st of January 2020.

Despite the dinner looking like a legitimate date, neither of the celebrity has come out and confirmed their dating status. However, their social media activities suggest that they are involved.

In addition to their interactions on Instagram’s comment sections, Vanessa was also seen cheering Kyle during a Lakers game on the 14th of January 2020.

Vanessa began to date her High School Musical (2006) co-star, Zac Effron, in 2006. The pair stayed together for four years before splitting in 2010; they mutually parted ways with no hard feelings for each other.

After her breakup with Zac, rumors of Vanessa dating Josh Hutcherson surfaced in July 2011.

Another Actress:- Who Is Becca Tobin Husband? Wedding, Net Worth, Education Details

The dating rumors sparked because both of them starred in the movie, Journey 2: The Mysterious Island (2012) together. However, it only turned out to be a rumor.