By LRU Writer | On: December 31, 2019
Wes Brown is an American actor known for his roles in movies such as...is married to his wife since 2008...wedding was held at Baton Rouge...has a daughter with his wife Amanda...his age is...stands at a height of 6 feet...has worked in many movies and TV shows... 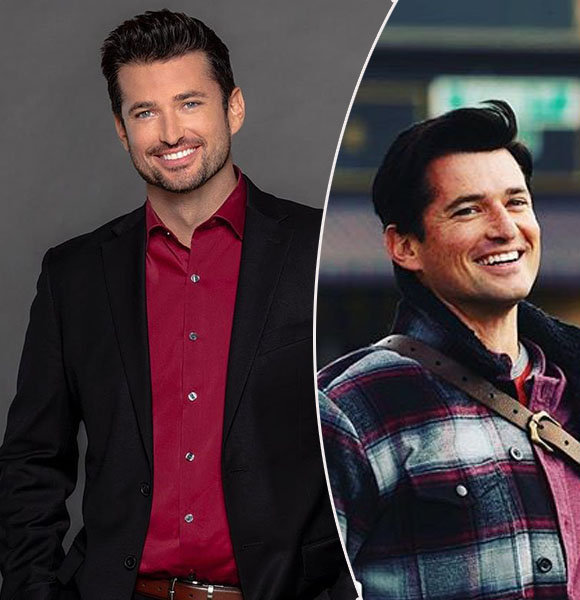 Wes Brown is an American actor famous for his roles in cinematic productions such as We Are Marshall (2006), True Blood (2008), and Desperate Housewives (2012). He has worked in 19 movies and 21 TV shows, making his acting credit reach a respectable 40.

In addition to his acting career, he is also a producer. He produced the 2019 TV movie Check Inn to Christmas and also acted in the movie portraying the character Ryan Mason.

The actor has one upcoming project, The Call of the Wild, which is set to be released in 2020. The movie is currently in the post-production phase.

Wes is a married man and has been in a nuptial relationship for a long time.

The actor’s wife is Amanda Moye Brown. He married Amanda on the 3rd of May 2008 in Baton Rouge, Lousiana. Going by the pictures of their wedding, it will be safe to say that it was a lavish occasion.

And the couple went on to have a child, a daughter named Merribeth Brown (born on 18th September 2009). The family now lives in the West Coast, California, and Wes posts frequently about his family and activities on his Instagram. He also isn't shy to show his love and appreciation for his wife and his daughter, along with the promotion of his works.

Talking about his works, let's get into Wes Brown's acting career in a bit more detail. Wes made his acting debut from the 2004 movie The Lasy Is a Doll. He played the lead role portraying The Franz in the film.

After his debut, he got a fair amount of movies and TV show roles. Then, he worked the show Beach Girls, where he played Billy for six episodes in 2005.

Another American Actor:- Who Is Ben Feldman's Wife? Wedding, Height, Net Worth

He also has one upcoming project, movie Call of the Wild is in post-production as of December 2019 and set to release in 2020.