Arielle Kebbel Getting Married To Her Mysterious Partner? 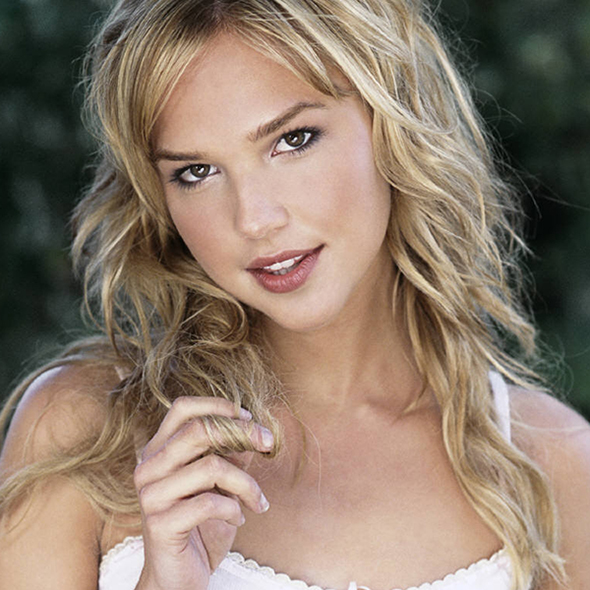 When it comes to a celebrity's private life, what is the first thing you want to know?

If you look at a gorgeous actress like Arielle Kebbemany, many questions come to your mind, like, 'does she have a partner?' 'is she married to her boyfriend?' or 'is she single?'

Who Is Arielle Kebbel's Partner?

Despite being one of the sensational actresses, Arielle seems to be single. She has not been found in any relationship rather than her on-screen affair.

However, according to U.S. Weekly, she was dating a mysterious man. Although Arielle did not share details about her partner, they appeared to have been dating for a while.

Arielle shared a lot of pictures with her mysterious partner, but nothing is known except the man is from Brooklyn. She first posted her new partner's photo on June 25, 2020, and flaunted her love on Instagram.

Fans of Arielle were speculating that her boyfriend would be her husband based on how she expressed her love for him.

But, it's unclear whether they are still dating, as Arielle hasn't posted any photos with her mysterious partner for a long time.

However, this was not her first relationship. Arielle has dated many known celebrities denying all the rumors of being a lesbian.

Arielle was romantically linked with American polo player Nic Roldan. Although no specific details about their romance evaded the public eye, the pair could not hide their love, as evidenced by their presence on each other's social media.

According to Arielle's boyfriend, Nic's official website, he's America's leading polo ace with an 8-goal handicap rating. In addition, he is the youngest winner of the coveted U.S. Open Polo and captains the U.S. Polo Team.

Arielle's romance with her alleged boyfriend goes back to December of 2017. Replying to the snap of them dining at the St. Regis Midnight Supper, the Midnight Texas actress called their time together 'a great weekend.'

The same year, Nic couldn't contain his excitement when he peened a 'see you soon' Instagram post from Argentina. The pair also spent their Halloween weekend at The Standard Spa in Miami Beach. Arielle and her rumored partner Aaron weren't seen much in the limelight, but they were once spotted in 2015 in Los Angeles, California, on the red carpet of the Art of Elysium, and Samsung Galaxy presents Marina Abramovic's HEAVEN. 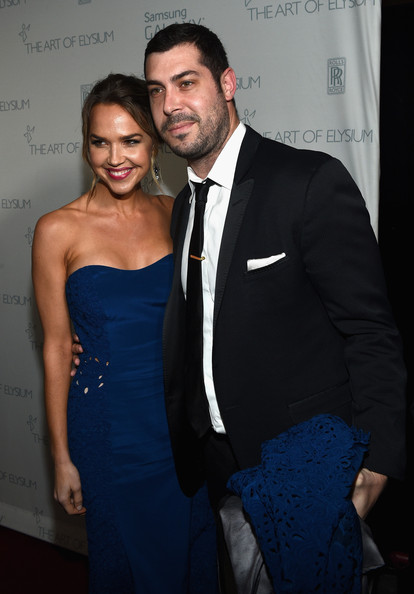 Arielle and her partner, Aaron, at the Red carpet of the Art of Elysium and Samsung Galaxy present Marina Abramovic's HEAVEN. (Photo: Zimbio)

Moreover, sources revealed she was previously in a relationship with Kevin Connolly in 2010 and with Brahman Turner from 2006 to 2007.

While most of us are wondering about who is going to be Arielle Kebbel's husband, she seems busy making her career.

Arielle Caroline Kebbel was born on February 19, 1985, in  Winter Park, Florida. Sheri, her mother, runs a production firm and works as a talent manager.

She first appeared on television as a teen on CSI: Crime Scene Investigation and later got a big role in The C.W.'s Gilmore Girls as Lindsay Lister. Her wonderful performance made her a recurring character in the third, fourth, and fifth seasons.

Also, in 2017 she landed the lead role in the NBC series Texas, Midnight.

Even though she is very dedicated to her career, she prioritizes her mental health after her sister, Julia, went missing. In early 2018, Arielle made a missing person announcement via her Instagram. The Fifty Shades Freed pleaded:-

One and a half months later, Arielle's Instagram post as written by her sister revealed that Julia had been found. In addition to thanking all the people involved, the stated Instagram post also shed light on Julia's bipolar disorder. After that incident, Arielle has been serious about mental health.

However, this has not had any effect on her professional life. Currently, she is a part of the FOX drama series 9-1-1.

So we can speculate that she prefers her career over getting involved in marital affairs. However, she might surprise us anytime by getting married secretly.

Most of us are willing to see her marrying and living happily with her husband. But, will she get married to her rumored boyfriend, or is there some other knight waiting for her?

Stay tuned to get more updates on Arielle Picking.