By LRU Writer | On: March 24, 2019
With over 25 years of experience in broadcasting, Yolanda Harris is as seasoned as they make... Currently applying her trades as the co-anchor of 10TV’s 5, 6 and 11 p.m. newscasts, the Central Ohio native's longevity is nothing short of legendary... As expected, her personal life gets overshadowed by her professional achievements... A rundown of her private life shall help change that... 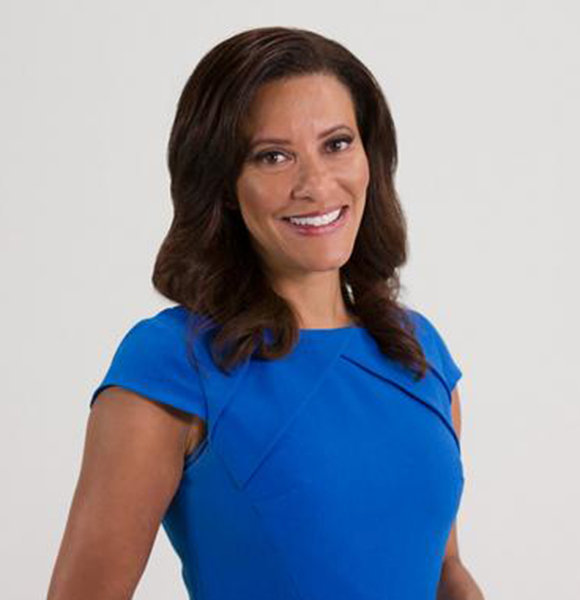 With over 25 years of experience in broadcasting, Yolanda Harris is as seasoned as they make. Currently applying her trades as the co-anchor of 10TV’s 5, 6 and 11 p.m. newscasts, the Central Ohio native's longevity is nothing short of legendary.

As expected, her personal life gets overshadowed by her professional achievements. A look at her private life shall help change that.

Celeb With Same First Name:- It's Official Now! David Foster and His Wife Yolanda Hadid's Divorce Has Been Finalised

She's one of two offsprings born out of her parents' interracial marriage. Her mother and father - of African-American and Caucasian ethnicity respectively - are together for more than five decades now.

Yolanda does share a sibling named Shana Harris, but she isn't her twin sister though. Shana - who also goes by Grady - is a licensed social worker and mother to the 10TV personality's niece and two nephews.

CJ Ramirez - her acquaintance at FOX 28 Kids Club - is the closest thing, she has ever come to having a twin sister. Because she and CJ shared an uncanny resemblance, everyone including the fans of the show Kids Club believed them to be a sister atleast.

Ironically enough, CJ - according to Yolanda - has a twin.

Besides her work on commercials, CJ gets best recognized for her acting performances in projects such as Jack Reacher (2012), Those Who Kill (2014) and The Paper Warrior (2017).

While her mistaken twin sister moved on from broadcasting, Yolanda stayed with it. And for a good reason.

Her popularity at WBNS-10TV warrants that she makes over the six-figure sum in salary. Her compensation at the Ohio-based news network is the base for her multi-million net worth.

A "Bowling Green State University" graduate in Broadcast Journalism, Yolanda previously enjoyed a lengthier stint at WSYX/WTTE. Before WSYX/WTTE, she worked for FOX 28; first as a reporter then as a news anchor.

As accomplished as she is, it's only right that Yolanda would marry someone prominent. Her second husband, Jonathan Eubanks is just that.

To those unfamiliar, Jonathan is the president of the Buckeye Telecom Inc - a Master Telecom Agency that represents over 30 carriers. He also holds Business Communication degree from Ohio State University.

Married in May 2017 in Pataskala, Ohio, Yolanda and her boyfriend-turned-husband Jonathan's wedding was an eventful affair. Everybody from the groom's to the bride's family friends attended the ceremony. Yolanda Harris (wearing a white gown) in her husband Jonathan Eubanks arms as they pose for a wedding photo circa May 2017 (Photo:- Brooks Jarosz's Facebook)

Yolanda's former co-workers at WSYX/WTTE were also in attendance at the wedding. Four months before the wedding, in December 2016, she left the said network after working there for more than 24 years.

Per court documents, Todd - then working as a resource officer at Centennial High School - got arrested in July 2012 after one of his victims talked to the police. The prosecutor charged him with an attempt to coercing one girl for sex and trying to influence the another to send an explicit video or photo.

Off The Hook:- Mario Batali Won't Be Charged For Sexual Assault, Find Out Why

After a year-long trial, in July 2013, Yolanda's ex-husband got sentenced to seven years in prison. Meanwhile, she had already divorced him.