By LRU Writer | On: March 19, 2019
Zandy Reich is a US-based businessperson who gained popularity around 2018 as actor/singer/author, Lea Michele's love interest... A star in his work of line, Zandy is much more than the husband of former Glee star... A stroll through his wiki shall shed much-needed light on life... 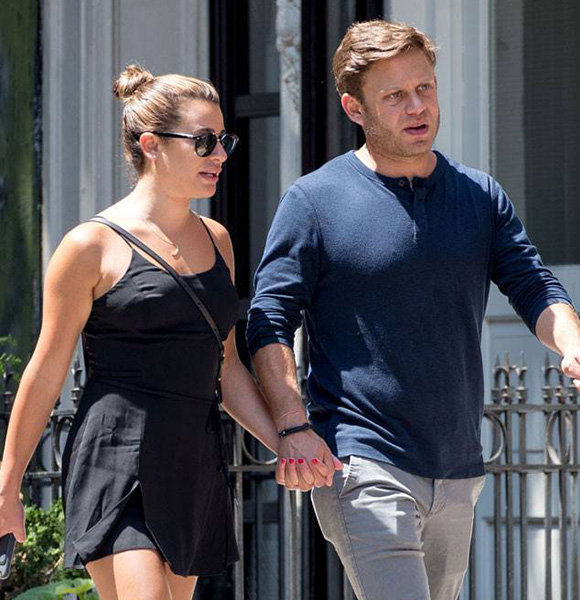 Zandy Reich is a US-based businessperson, who gained popularity around 2018 as actor/singer/author, Lea Michele's love interest. A star in his work of line, Zandy is much more than the husband of former Glee star.

A stroll through his wiki shall shed much-needed light on life!

Born on 23rd January 1983, Zandy is a native of Philadelphia.

Because his last name traces its origin to post-Nazi Germany, the 36-year-old businessman - more likely than not - belongs to Jewish ethnicity. That said, very little info is available on his parents and family background.

Then a relatively unknown businessman, Zandy became a subject of fascination after he began dating Glee actress, Lea Michele in July 2017.

Ironically enough, the lovebirds met at the wedding of a mutual friend. Over time, as the meetings became frequent, they developed an undeniable bond. Speaking after coming public with their relationship, his then-girlfriend Lea even credited him for helping her stay focused.

Before Zandy, Lea dated late Glee co-star Cory Monteith, Matthew Paetz, and actor Robert Buckley. The actress' close collaborator and friend, Ryan Murphy, was one of the first people to know about the pair's budding romance.

How They Got Engaged? Ring Details

A year after coming public with their relationship, in April 2018, Zandy asked his then-girlfriend to marry him.

Lea broke the news of them getting engaged via Instagram by posting a snap of her covering her face while flaunting a diamond ring.

An insider close to the pair later revealed that the stone was a 4-carat elongated radian cut ring, custom-made by Las Vegas-based designer Leor Yerushalmi and The Jewelers.

For their wedding rings though, the married duo opted to go with rings designed by XIV Karats.

Married on 9th April 2019 at Napa's Carneros Resort in Northern California, Zandy and his then-fiancee Lea's wedding was a star-studded affair.

Ryan Murphy officiated the ceremony, while Jonathan Groff and Spencer Reich were the wedding's designated maid of honor and best man respectively. Famous faces including Darren Criss - who later serenaded the bride and groom - Becca Tobin and Emma Roberts were the notables names in the guest list. Zandy Reich and his wife Lea Michele all in smiles as they pose for wedding photos circa March 2019 (Photo:- people.com)

On the big day, Zandy wore a blue tuxedo while his wife, Lea donned a Monique Lhuillier wedding gown. After the nuptials, the married couple traveled to somewhere tropical for the honeymoon.

Net Worth From Job; Education Background

A top lacrosse prospect since his teens, Zandy became a target for top colleges to recruit.

Despite a better offer from Dartmouth, he opted to pursue a degree education at the University of Pennsylvania's revered Wharton School of Business. While in Wharton, he headed the school's lacrosse team.

After earning his Finance degree, he landed a job at Goldman Sachs as an associate in 2006. Later, he worked at Renaissance Capital.

Established in 2014, AYA is the downtown NY-based women-centric clothing line with stores in both Los Angeles and New York City.

Through his business ventures, the 36-year-old has amassed a multi-million net worth. His wife, on the other hand, boasts a reported fortune of $12 million.