By LRU Writer | On: November 06, 2018
Musician Jensen Karp is a married man! Jensen, age 38, and actress Danielle Fishel, age 37, tied the knot in a star-studded wedding ceremony on 4th November 2018. 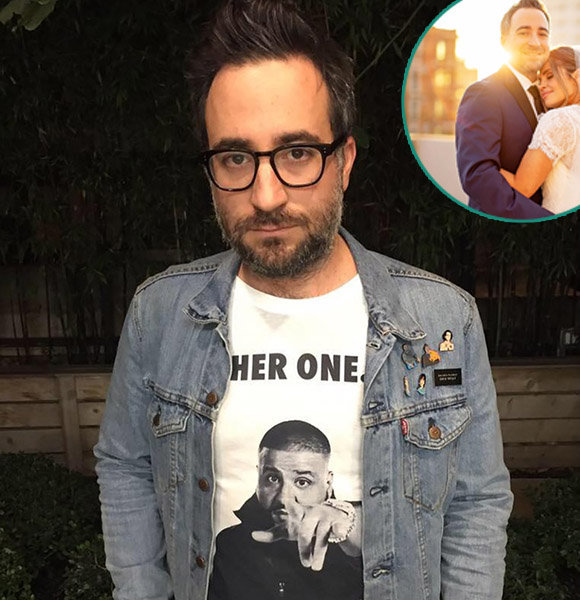 Photographer Jillian McQuerrery, who covered the newly-weds' wedding, first broke the news by posting several pictures on her socials. Moments later, Jensen took to Instagram to share the news of his marriage to his "soulmate" with his followers. The Calabasas native's wife Danielle was the last to join the announcement party.

Like Jillian and Jensen, the Boy Meets The World actress also used Instagram to share the joyous moment with her followers. The post featured a snap of her laying on Jensen's chest and the caption that read:

The pair continued to show off each other on other social media platform as well. The "Your Housekeeper Hates You" rapper sent out a tweet claiming that his wife "now has both his heart and his last." And to which, Danielle replied:

On the day of the wedding, Jensen opted for a navy-blue tuxedo. Meanwhile, his bride dished out a stunning look by donning a half-sleeved embroidered wedding gown.

As for the guests, Jensen's wife's former Boy Meets The World co-stars, Ben Savage, and Will Friedle was in attendance.  Linkin Park's very own Mike Shinoda also made the guest list. However, it was Jhon Mayer, who stole the night by performing a rendition of Beyonce's "XO."

The news of Jensen and Danielle marriage comes nine months after the pair's engagement. The latter shared the announcement of them getting engaged by showcasing the engagement ring on Instagram. The holy matrimony marks Jensen's first marriage whereas his wife Danielle was previously married to her college sweetheart Tim Belusko between 2013 and 2016.

Best Wishes to both Jensen and Danielle on being married!