Yasmin Wijnaldum Dating G-Eazy, Who Is This Model?

By LRU Writer | On: February 07, 2019
With her shot at the stardom, Dutch model Yasmin Wijnaldum has now found her love interest in rapper and record producer, G-Eazy, whose major-label album These Things Happen peaked to number 3 on the US Billboard 200... 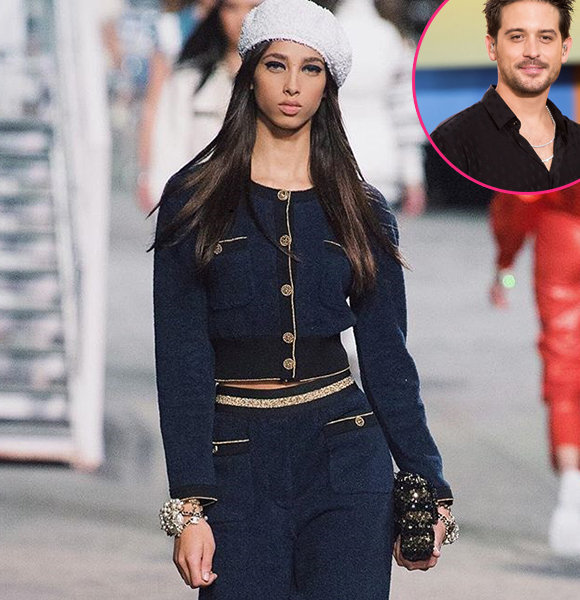 New romance in the block!

With her shot at the stardom, Dutch model Yasmin Wijnaldum has now found her love interest in rapper and record producer, G-Eazy whose major-label album These Things Happen peaked to number 3 on the US Billboard 200.

Yasmin, age 20, and G-Eazy sparked their relationship out via their PDA on their respective Instagram account. First, G-Ezay posted a paparazzi photo of Yasmin on his Instagram story on 6 February 2019 and swirled the dating rumors.

In the picture, Yasmin - with a height of 5 feet 10 and a half inch (1.79 m) is seen wearing a black pant and a black shirt underneath a black leather jacket. G-Ezay captioned the picture referring Yasmine as "Bae" while complementing her shirt. He wrote, "Nice shirt Bae."

"Looks sweet, but the devil's in the details."

Well, with the exchange of compliments for each other through the stories, the duo now has grabbed the attention of media towards their budding romance. However, Yasmin, who is of Dutch nationality, has not been spotted out together with her speculated boyfriend G-Eazy just yet. While Victoria's Secret model - who makes her family proud with runway walks - is still hush-hush of her past relationships, G-Eazy has his name tagged along with few names of the entertainment industry. Back in April 2017, G-Eazy was surrounded by romance rumors with Lana Del Ray after they were spotted "getting cozy" during the Coachella music festival in Indio.

Adding to it, G-Eazy was spotted out with Christina Roseann Ray on a date where they had a "steamy" make out raising eyebrows while giving rise to their romance rumors. During that time, G-Eazy had just broken up with his long-time on and off girlfriend Halsey

He shared a long-time romance with Bad At Love singer Halsey for almost a year before they had their major split in July 2018. However, the couple got back together after almost two months in September.

Despite the efforts, the duo failed to maintain their relationship and eventually parted ways in October. A month later, Hasley was rumored to be dating Yungblud.