Darnell Dockett Still In Search of a Perfect Partner? 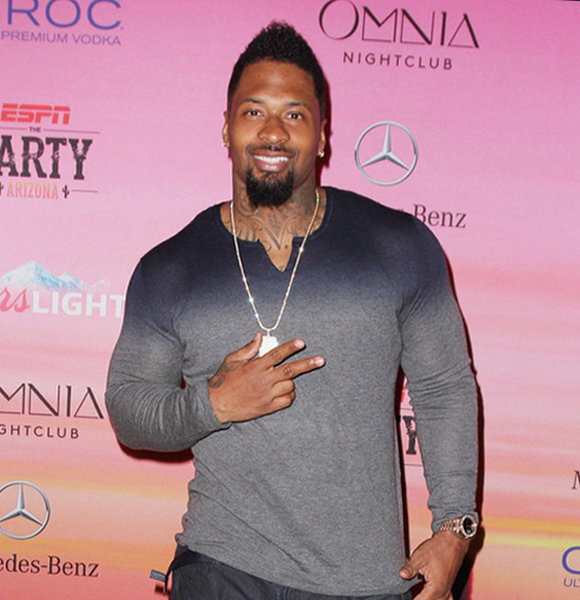 A former American football defensive end, Darnell Dockett garnered a lot of attention for his athleticism as one of the celebrated NFL players.

His growing fame always makes his followers curious about his dating life. Is he dating? Who is his girlfriend now?

Does Darnell Dockett Have a Girlfriend?

It seems like Darnell is currently single. However, the NFL athlete has been in a few relationships in the past.

Darnell's last known relationship was with Darnell Nicole. They dated for three years before splitting. His former girlfriend is now the wife of NBA player Alan Anderson.

Explore: Darryl Stephens on Raising a Child Alongside His Partner

Before dating Nicole, the NFL player was in a relationship with singer Ashanti. Though the couple was never pictured together, they replied sweetly to each other's tweets. However, after the news of Darnell enjoying his vacation with Ashanti got out, his former girlfriend, Amelia, caused a huge scene. After the incident, the couple never showed any hint regarding their relationship.

You May Like: Thomas Beaudoin and Jen Lilley's Relationship! Are the Rumors True?

Darnell's most known long-term relationship was with Amelia Knox. He and his long-time girlfriend, Amelia, started dating in 2000, but because of personal reasons, they split in 2014.

They were in an on-and-off relationship for fourteen years. The couple even shares two kids, son Dillon Dockett and daughter Riley Dockett. Despite not being together, they remained in touch for their children. However, his former girlfriend, Amelia, expressed her frustration regarding him not being with their children on Father's day weekend and enjoying his time with his new beau. Darnell's ex, Amelia, expresses her frustration with him. (Photo: theybf)

Many of Darnell's supporters believed that his former girlfriend was jealous of him for moving on, but he did not react to Amelia's post.

He has been in several failed relationships, but he has never let it stop him from being successful in his career.

The footballer lost his mother when he was thirteen years old. She was murdered in her house, but the killer was never found.

His father passed away from cancer four months after the heartbreaking demise of his mother. After losing both of his parents, his uncle, Kevin Dockett, raised him. Darnell shares his childhood picture with his mother. (Photo: Instagram)

However, football made him overcome his traumas. Even though he started his football career late, he shortly became one of the best players in his high school.

His awesome performance made many football teams like Ohio State Buckeyes and North Carolina Tar Heels approach him, but he chose Florida State Seminoles.

Darnell is a well-accomplished player whom The Sporting News listed as the country's No. 17 prospect.

At the age of 42, the three-time Pro Bowl defensive lineman has amassed a huge fortune to his name.

As of now, Darnell is seen more into fitness and practicing boxing.