How Did David Choe Get Rich? 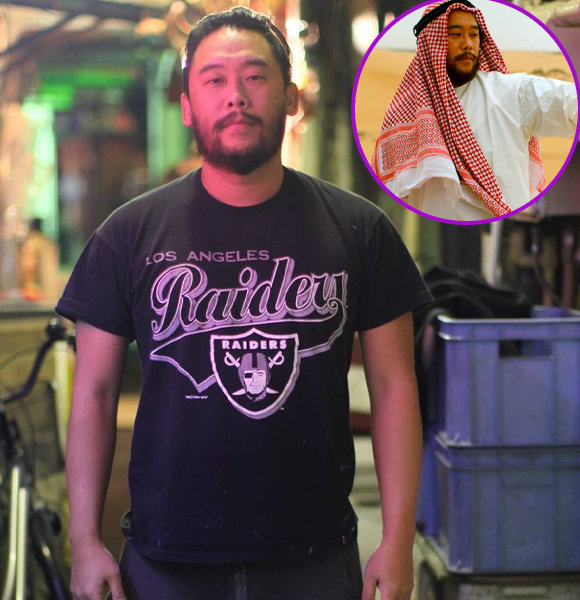 American artist David Choe's entry into the millionaire's list is rather interesting. While to many artists, being a millionaire with their art is a far-fetched dream, the graffiti artist became quite lucky as his dream came true a bit too early with his raving net worth, while also being a major talk of the town.

What is David Choe's Net Worth?

With a staggering net worth of  $300 million, David's story of establishing a multi-million dollars wealth remains incomplete without bringing the social media app Facebook into the picture.

In the year 2005, the graffiti artist made a deal with Facebook in exchange for his service. Little did he know the deal would change his life forever. In the same year, then-president of Facebook Sean Parker reached out to David, hiring him to paint up Facebook's Silicon valley with murals.

At the time, David did not have the slightest interest in social media and even referred to Facebook as 'ridiculous.' However, coming down to the bargain, the artist asked for 60 thousand dollars for painting the entire building.

On the other hand, Sean laid out an offer. He offered David to pick between cash and Facebook's stock as payment for his service. Upon Sean's advice to take the company's stock as the payment, David agreed and settled for it. However, it was indeed a gamble for David as the digital world was just emerging, and the future of social media platforms was unpredictable.

But, things turned around for him when Facebook went public in 2012, with each stock valued at 38 dollars. Overnight, the artist's stock value went skyrocketing, and so did his net worth, with a total value of 200 million dollars.

As the stock value of Facebook remains 211.49 US dollars while this article is being written, you can probably imagine the exponential increase in David's net worth by now.

As the Celebrity Net Worth reports, David Chow's net worth has peaked at 300 million dollars as of 2022. Apart from making big bucks from Facebook stocks, the artist's highly valued artworks are one of his primary income sources, bulking up his net worth.

His widespread artworks also include the album cover design for Linkin Park and Jay-Z. Currently, the artist resides at his lavish house, which is probably worth over a million dollars adding up to his massive net worth. Apart from his eye-catching net worth, people are often curious about his love life which he usually keeps away from the limelight.

Net worth of - All About Stephen Silas's Wife, Children, & Impressive Salary

Is David Choe Married or Single?

The artist has maintained privacy when it comes to his romances, but it is known that he had a girlfriend named Mylan during 2008.

Though it remains a mystery if he has a wife or even a girlfriend, the painter has been open about his addictions.

The painter has suffered from sex and gambling addiction for several years.

The matter of his sex addiction is covered in a documentary show, The Choe Show, where he talks about his life journey and addiction. In an interview with The New York Times, where he debunks the highs and lows of his journey through life, he stated.

I’m a recovering liar. Instead of being hard on myself and judging myself, I just correct myself.

He has even spoken on addictions in a YouTube channel named "Rich Roll" with the title "Does Great Art Require Suffering? David Choe on The Rich Roll Podcast," where he explains in detail his hardships and road to recovery.

On the road to recovery and receiving required therapies, the painter reemerged in 2017 with an exhibition and is now excelling in his field of work.

Born on April 21, 1976, in Los Angeles, California, David is known for Painting, Murals, and Graphic novels. Choe's parents Jane Choe, and Jimmy Choe, immigrated from Korea to the USA and settled in Koreatown, California, spending his childhood there.

Influenced by art from a young age, David has been painting since his teenage years. Later he went to the California College of Arts for his further education.

It wasn't until the 1990s he began his career as an artist and even self-published a graphic novel "Slow Jams" in 1996.

As a successful artist of the present time, David indulges in charity works dedicating several of his works to charity. He has also collaborated with foundations such as Yle Haiti and Wyclef Jean to show his support for local causes.

David also has a podcast named "The Choe Show," where he dictates an auditory journey of artistic improvisation, childlike experimentation, and meandering meditations.

Taking about taking risks Choe also went on an adventurous trip where he hunted Baboon with the Hadza people of Tanzania. He explains his experience with the co-host Joe Rogan in the above-embedded video.

In 2013, David went to Congo to witness The Last Dinosaur of the Congo, which was documented in a YouTube video posted by the channel named VICE.

Throughout his journey, we can see that David is a very outgoing and adventurous person, we cannot wait to update you all about his upcoming endeavors.