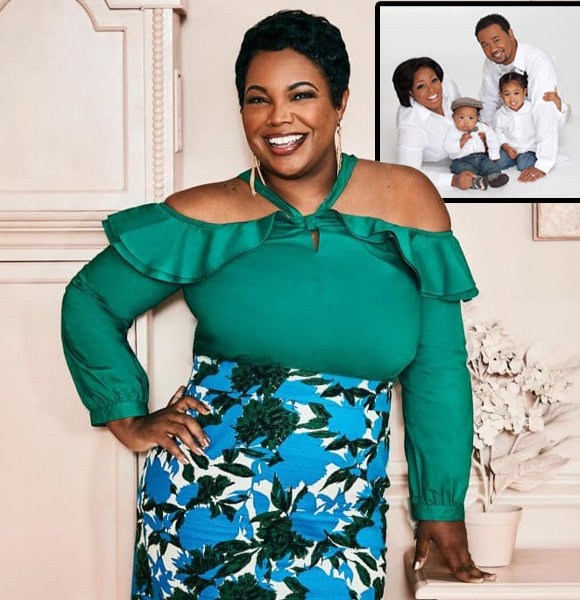 If you're wondering where Laura from ABC/CBS's 'Family Matters' has gone, you are in the right place to find her information. Laura was portrayed by Kellie Shanygne Williams, who now has a lovely family of her own.

Kellie is living her best life with her husband and kids. So, who is Kellie Shanygne William married to? Let's learn more about her loving family.

Kellie has been married to her husband, Hannibal Jackson, for over a decade. Hannibal is a former military reservist who served US Army for eight years. He was a counterintelligence special agent and telecom operator in the army.

Hannibal is currently the president and CEO of Y-Tech, LLC.

Kellie first met Hannibal through a mutual friend in 2007. After dating for two years, they made the decision to move their relationship further.

Surrounded by friends and family, the couple exchanged vows at Ebenezer AME Church in Ft. Washington, Maryland,  on September 5, 2009. They had a beautiful black and white-themed wedding.

Telma Hopkins, Kellie's 'Family Matters' co-star, was one of their 300 guests that attended to bless the marriage.

You May Like: Omotola Jalade-Ekeinde's Happy Married Life- Who Is Her Husband?

After being married for a year, the couple was blessed with their first baby, a daughter, Hannah Belle Jackson, in 2010.

Following that, two years later, they completed their small family with the arrival of their youngest son, John Ervin Jackson, in 2012.

Kellie doesn't hold back when posting pictures of her household on her social media. As a result, she is often seen flaunting her love for her partner and kids. Even after being together for thirteen years, Kellie and Hannibal have never shown any signs of separation. On the contrary, they are the power couple who always try their best to make the world better.

There is a different world besides Kellie's acting career. She is a well-known actress as well as a social worker.

For that, she and Jeff Rawluk established the 'Kellie Williams Program' in 2007, which gave students from 14 to 20 the opportunity to produce their own TV shows for Comcast Cable Local On-Demand.

The actress also participates in a number of humanitarian projects and has won numerous awards for her dedication to promoting happiness in her society.

Besides acting, she also loves working for society. Along with her acting profession, she also works on numerous other projects, such as 'Great Beginnings for Black Babies,' 'The Starlight Foundation International Youth Ambassador,' and 'Famous Phone Friends.'

Her husband has always supported her throughout all of her accomplishments.

Even with a busy schedule, she has mastered balancing her profession and personal life. Kellie loves spending time with her spouse and children in her free time.

With a net worth of $2 million, she is living a happy life with her family of four.