Who Is Sevyn Streeter's Boyfriend? Discover Her Dating History 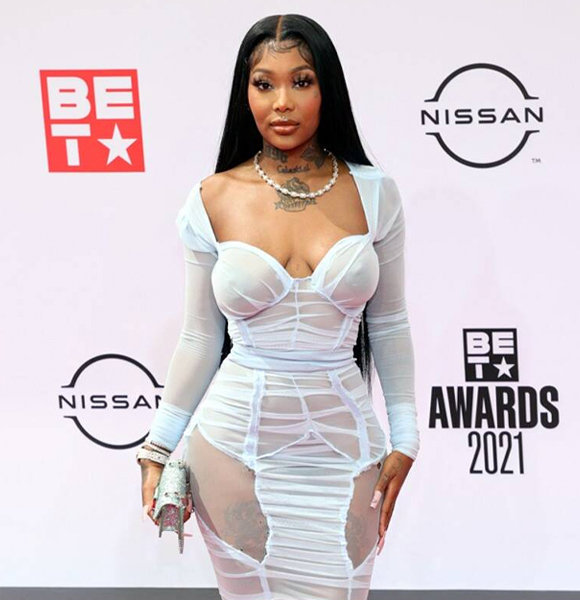 American singer and songwriter Sevyn Streeter is a hidden gem in the music industry. She has penned some hit songs for Chris Brown, Usher,  Ariana Grande, and Alicia Keys.

So let's explore her personal life in depth.

Does Sevyn Streeter Have a Boyfriend?

Everyone may find it shocking, but this stunning lady is single and may still be looking for her ideal partner.

According to some sources, the last time she was rumored to have a boyfriend was in 2019. Then, Sevyn was rumored to be in a relationship with NBA player Kevin Durant.

The speculation about them seeing each other started when Kevin liked Sevyn's picture on her Instagram. It made the headlines because Kevin is known to keep his affairs private.

After that, they have not had any public interaction and haven't responded to the rumor.

However, she was previously in a committed relationship with American rapper B.o.B.

In an interview with The Breakfast Club, Sevyn discussed how her boyfriend, B.o.B., has supported her, unlike his ex-partners.

She claimed they were close friends before becoming a couple and would stay in touch even if they broke up. The couple looked very happy together, but after nine months into their relationship, they called it quits. It was Sevyn's previous boyfriend who announced their split.

The news of their breakup spread like wildfire, though the reason was unknown. However, rumors exist that another woman may have been involved in their separation.

After their breakup, B.o.B. posted a picture with a woman named Briteady who didn't reveil her face. Then, another photo of them went viral, which confirmed that Sevyn and B.o.B. were not getting back together.

You May Like: What Is Betty Gilpin's Net Worth? Age, Height, Dating and More

Later, one of Briteady's friends revealed their romance was just a publicity stunt, revealing their conversations.

Despite everything that was going on, Sevyn remained silent.

Aside from that, Sevyn was also rumored to be dating actor Tristan Mack Wilds. But, Tristan later denied being romantically involved and said they were close friends.

Currently, Sevyn seems to be single, as none of her dating rumors have surfaced.

Parents Tim and Karen Streeter welcomed Sevyn into the world on July 7, 1986, in Haines City, Florida. She loved music and began singing in church and talent shows at a young age.

Sevyn, who stands at the height of 5 ft 5 inches, began her musical career at the age of nine as a member of the female group TG4.

After that, Sevyn was unbeatable, thanks to her musical skills. She worked with well-known artists in the industry and even composed music for them.

Explore: Darryl Stephens on Raising a Child Alongside His Partner

Millions of people listen to her music on various online platforms, and thousands of people attend her concerts. With her incredible talent, she has earned a huge wealth.

According to Celebrity Net Worth, Sevyn has accumulated a net worth of $4 million.