Into The Married Life of Stana Katic- Is She Pregnant? 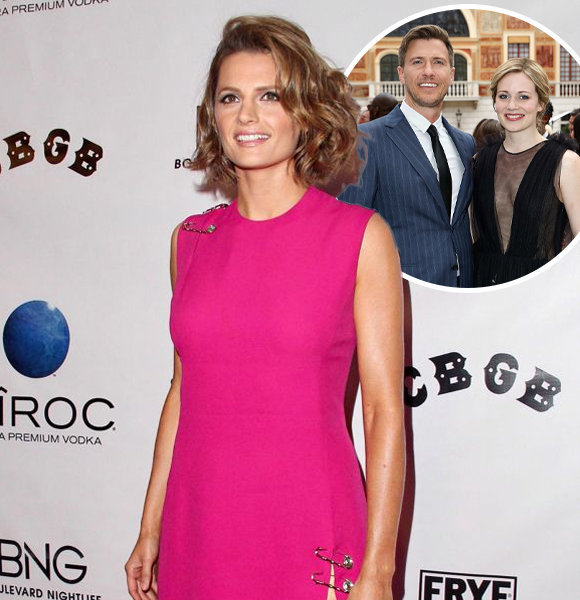 Being adored by many, famous actress Stana Katic has been working in the entertainment industry for a long time. She has won the hearts of millions by mesmerizing them with her charms.

The 'Castle' actress has found her prince charming and is happily married now.

Moreover, there have been talks about her having children being pregnant. So, find out how much truth these gossips hold.

Does Stana Katic Have Children?

After almost a decade of marriage, Stana and her husband have shown no sign of having any children to complete the family.

While other couples get busy and even start deciding on children's names soon after they tie the knot, Stana and her spouse are taking their sweet time.

Although Stana loves to be around kids and appreciates their presence, she hasn’t planned on having any yet. Moreover, she has never spoken publicly about having children in the future.

So, it’s a mystery if the couple plans to have any children. Besides, it’s their future and family, so they must be planning it carefully.

Nevertheless, fans have been curious to know if the adorable couple has any precious children who are just the mini version of themselves. For now, they are enjoying each other's company.

Who is Stana Katic’s Husband?

Stana Katic is happily married to her beloved husband, Kris Brkljac. They have been married since 2015 and have been happily living as a family ever since.

As it turns out, Kris has been with Stana way long before being her husband. The couple was already dating for a long time at the time of marriage.

The wonderful couple had it coming for them as Stana shared that she is definitely a relationship kind of girl. Their wedding was the last step to solidifying their love for each other. She said,

I like the concept that if you’re with someone, it’s for the long term.

Moreover, they got married privately to each other among their loved ones. Kris and Stana held a secret ceremony in their private family monastery on the Dalmatian coast. The great thing about their wedding was that they held it on Stana’s birthday on the 26th of April in 2015. How special must it be to celebrate your love on such a special occasion, right?

Now, the couple has two special occasions to celebrate on the same date.

Even though people are happy to see Stana with her husband living a happy life, their curiosity remains unanswered regarding her past relationships.

Back in 2019, when Stana co-starred with Nathan Fillion on ‘Castle,’ she was rumored to be dating him. Even now, fans aren’t clear what the rumor was all about.

As it turns out, Stana and Nathan played the role of a married couple on-screen on ‘Castle.’ Their chemistry as an on-screen couple was so strong that the fans adored seeing them together.

Later, the fans started expecting more from them and speculated that they might have some chemistry off-screen too. So, the rumors about them dating started to spread out.

However, that was not the case at all. Nathan and Stana didn’t get along well off the sets. Although they had substantial chemistry on-screen, they were not friends behind the scenes.

In fact, the situation was so out of hand that the production suggested they go try couple’s counseling. Later, Stana announced that she would be leaving the show after season 8.

That’s how the rumors came to an end. Now, the past is in the past, and Stana has moved on with her life and career on hand.

She lives a blissful life with her husband and is very happy with her life choices and career.