By LRU Writer | On: April 08, 2019
People know and love Nathan Fillion, age 48, for starring as Richard Castle in the hit show Castle...Although the show wrapped up in 2016 after the glorious run of eight seasons, fans still remember Nathan as the novelist turned detective...In the show, his character had eyes only for Kate Beckett( played by Stana Katic )...What about his real-life partner? One needs to keep on reading to find out! On Nathan’s Dating Life... 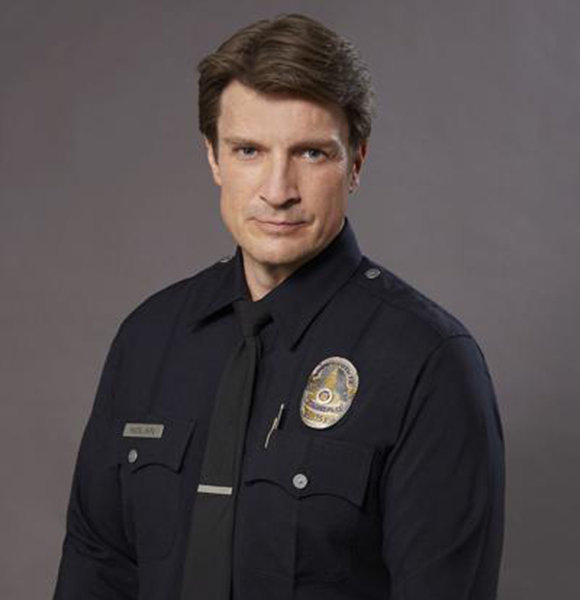 People know and love Nathan Fillion for starring as Richard Castle in the ABC's hit show, Castle. Although the show wrapped up in 2016 after the glorious run of eight seasons, fans still remember Nathan as the novelist-turned-detective.

In the show, his character had eyes only for Kate Beckett (played by Stana Katic). But, what about his real-life partner? One needs to keep on reading to find out!

The Canadian actor, age 48, had quite a rocking dating life since he broke out from his Emmy nominated role in One Life to Live. His romantic history includes a list of accomplished women he dated in the past.

Out of his romantic outings, he came close to getting married to Vanessa Marci, but the pair broke their engagement in 1996 before they could become husband and wife.

After the failed romance, romance gods smiled on the Saving Private Ryan actor again. He was rumored to be dating his Dr. Horrible's Sing-Along Blog co-star Felicia Day in 2009.

But, the speculation died when Nathan started dating Canadian actress Kate Luyben in 2010. Unfortunately, this relationship also ran its course in just one year.

A romantic at heart, Nathan with a height of 6 feet 1½ inches (1.87 m) didn’t give up on romance and started dating Mikaela Hoover. The pair began their affair in April 2013; and after seven months of dating, he put a ring on her finger. Unfortunately, just two months after the milestone in their relationship, the pair split in January 2014.

In spite of two failed engagements, Nathan kept his optimism alive and dated Days Of Our Life actress Krista Allen in 2015. But, it seemed like romances don’t work for the Pasadena actor, as his affair with the actress girlfriend also ended.

On His Gay Rumours

Nathan had plenty of public romances with a string of girlfriends; thus rumors about him being gay always went out of the window.

But, the Serenity actor did mention about his man crush at one point. And, there were quite a few accomplished men from Hollywood in the list; Benedict Cumberbatch, Jeremy Renner, Bradley Cooper, and Tom Hiddleston.

Along with the crushes, Nathan also loves the gay community and supports them. It is no surprise; after all, he is a Canadian. All the citizens from the Maple country tend to be nice, don’t they?

Nathan was born to Cookie (Early) and Bob Fillion in 1971. The actor, who celebrates his birthday on 27th March, is the second child. He was raised with an elder brother.

Well, his parent were supportive of his aspirations. Both English teachers by profession, they had no relationship with the show business but, kept encouraging their son’s dream.

In return, the Drive actor made his parents proud with his successful career.