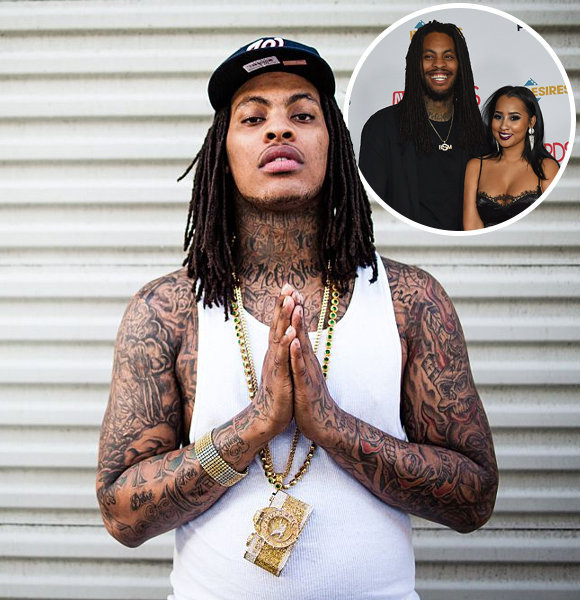 American rapper Waka Flocka Flame has made many headlines regarding his songs, infidelity, and now divorce.

The rapper, who has been married for a long time, suddenly announces his separation.

He even confessed to wanting to have his child but not with his wife. So what could be the reason? Find out.

Waka has been married to businesswoman and fashion designer Tammy Rivera since 2014. However, the couple had their wedding in 2019 in Mexico.

In an interview with People, Tammy shared that the couple had promised to have her dream wedding after they made their marriage work for five years.

Waka gave his wife, Tammy, her dream wedding. He said, "Eight years ago I remember chasing Tammy down, grabbing her by the arm." He added, "I had to keep her purse so she wouldn't leave me, and I knew then that she would forever be mine." After five years, Waka Flocka Flame and his wife, Tammy, had their wedding ceremony. (Photo: People)

But, three years after their wedding ceremony, the husband and wife announced to call their marriage over.

In the It's Tricky With Raquel Harper podcast, Waka revealed that he and Tammy were getting distant from each other.

On the other hand, Tammy confessed to having trust issues after Waka cheated on her.

She also mentioned that she had to endure mental stress after the cheating. And yet, Waka thought that it was so strong of Tammy to forgive her and appreciate her for it.

Find Out: Brendan Patricks' Married Life with Wife and Kids

Tammy was extremely hurt to learn that Waka was looking for a positive way to justify cheating on her.

Regardless of the reason behind their separation, Waka and his former wife, Tammy, still have a good relationship between them. They are co-parenting their daughter, Charlie. Although they have been married for eight years, the couple doesn't share any kids. However, Waka adopted Tammy's daughter from her previous relationship. Waka had been in Charlie's life since she was four years old. Even though Charlie is Waka's adopted daughter, Waka has always treated her like his own child.

Waka offended many people with his transphobic comments, but when it came to his daughter's sexuality, his support made him face many backlashes.

Know About: Anita Briem Discusses Husband and Raising Her Daughter

The rapper said he was not phobic, and when it came to supporting his baby girl as a father, he would not care about anything further.

In the Raquel Harper podcast, Waka shared that he wanted to have his biological kid and said, "I want to be in my kid's life for the first five years."

But he doesn't want to focus on dating and rather strengthen his career.

Waka, whose real name is Juaquin James Malphurs, was born in  South Jamaica, Queens, on May 31, 1986.

Since then, he has been earning a fortune with his tours and music streaming on several websites, receiving millions of monthly listeners.

Celebrity Net Worth claims that he has accumulated a net worth of $7 million.

With his massive net worth, the 'Snakes' artist lives a comfortable life.