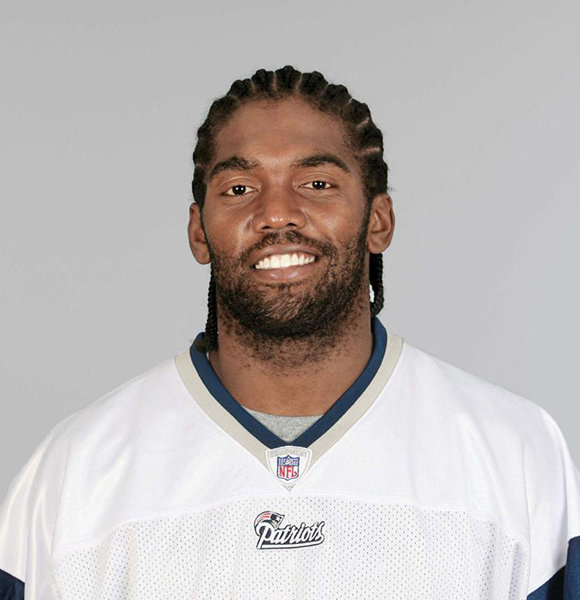 Randy Moss is a former NFL player who was inducted into the Hall of Fame in 2018. He has established himself as a tough player on the field and is one of the finest wide receivers in NFL history.

Despite his retirement from the NFL in 2012, he is still a recognized figure in the league and works as a sports analyst.

Randy Moss maintains a solid relationship with his wife and children in his personal life.

Eric Moss, Randy's half-brother and a former NFL tackle, died on March 9, 2019 at the age of 44. Randy used Instagram to express his grief about his brother's passing and posted a photo with him. In 1997 and 1998, Eric was a member of the Minnesota Vikings. Randy and Eric were both chosen into the same club in 1998, but they never got the chance to play together since Eric was on injured reserve for the whole season.

Another NFL Legends:- Find Out Why Fox Sports Fired Cris Carter | Plus, His Personal Life Details

Lydia Moss, Randy Moss's wife, is his life partner. However, no information regarding their marriage has been released. Their wedding location, date, and dress, among other details, have yet to be announced.

He does not, however, hide his affection for his wife. According to his Instagram, he is fortunate to have Lydia Moss as his wife. As an example, Randy has also written a few additional pieces in which he expresses his love and gratitude for his wife. This demonstrates that the pair is content in their marriage.

Despite the fact that the two have never had children together, they have raised four children from the NFL star's former marriage. Randy Moss' oldest son, Thaddeus, is pursuing a career in the NFL, following in his father's footsteps. In 2018, he switched to Louisiana State University (LSU), where he hopes to improve his chances of being drafted into the NFL.

Thaddeus was also chosen by Randy to introduce him at the 2018 Pro Football Hall of Fame ceremony.

Sydney Moss, a basketball player at NCAA Division III Thomas More College, was the daughter of the hall of famer. She presently works at St. Thomas University as an assistant women's basketball coach (STU).

Montigo Moss, his son, and his daughter, Senali Moss, are both unknown.

Randy's prior romance with Libby Offutt is well-known. During high school, the couple had their first kid.

Because of a bad attitude regarding interracial partnerships at the time, the couple encountered several challenges. Randy had gotten into a racially motivated brawl over the insults he had received over the connection at one time. He was arrested for it, and his scholarship at Notre Dame was canceled as a result.

Despite the fact that their relationship was unhealthy, they had three more children. Randy and Libby were charged with domestic violence in 1996. The two got into a heated debate that escalated into a brawl. Randy allegedly threw boiling water at Libby, she subsequently claimed.

The two eventually went their separate ways but were involved in a back and forth exchanged on the internet in 2016. The hall of Famer took to his Twitter to criticize his ex-girlfriend. He claimed that Libby had spent $4 million on drugs and refused to get help for her addiction.

She answered that she had been clean for several years and that the accusation was nothing more than a ruse to prevent her from seeing her children. She said that she had gone four hours to see her children for Christmas but had been stopped by Randy and his wife.

What Is Randy Moss's Net Worth?

Randy had a very successful career in the NFL. Despite being criticized for his off-field behavior, no one can deny his accomplishments in the game.

He played in 14 seasons in total and has established himself as a legend in the game. According to celebritynetworth.com, it has a net worth of $25 million.

Here is the list of the top highest paid NFL player.

1. Patrick Mahomes from the Chiefs tops the list with an average annual salary of $45 million. He signed a record-breaking deal with The Chiefs that will pay him $450 million.

2. Then comes Russell Wilson from the Seahawks with an average annual salary of $35 million. He extended a four-year contract with the team signing a deal of $140 million in 2019.

3. Ben Roethlisberger attains the no. 3 positions with an average annual salary of $34 million. The quarterback of the Steelers signed a two-year contract of $68 million.